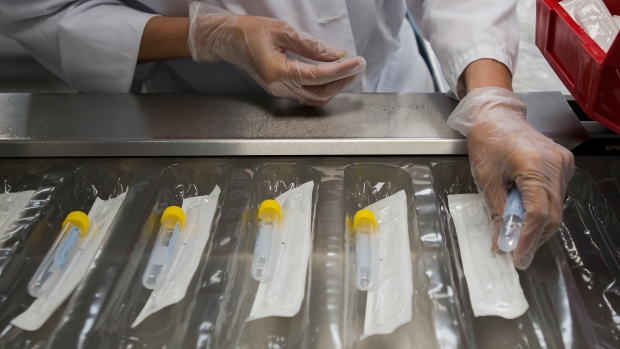 The province reported 118 new cases of COVID-19 on Wednesday and nine new deaths, holding steady from Tuesday’s count and staying below the average of new infections during the past week.

“Locally, 30 of Ontario’s 34 (public health units) are reporting five or fewer cases, with 18 of them reporting no new cases at all as much of the province continues to avoid outbreaks or spikes in cases well into Stage 2,” Health Minister Christine Elliott wrote on Twitter.

Elliott said that provincial labs turned around 23,000 test specimens on Wednesday, up from about 15,000 on Tuesday.

Two-hundred and two more patients recovered from infection in the past 24 hours, meaning the number of remaining active cases throughout Ontario declined by 84.

Toronto accounted for 50 of the new cases, while Peel Region had 27 and York Region reported 13 cases.

Wednesday’s case count represented a positivity rate of 0.51 per cent, down from about one per cent in late June and as much as seven per cent in mid-May.

There were 123 patients in the province’s hospitals receiving treatment for COVID-19 symptoms on Wednesday, down from 131 on Tuesday.

Of those, 35 patients were in intensive care, up one from Tuesday.

Twenty-six were breathing with the help of a ventilator, up two from Tuesday.