Ontario to reopen garden centres, hardware stores, some retail within a week

Premier Doug Ford says that the province will allow a slew of businesses to reopen over the next week, including some retail stores that can offer curbside pickup, but that public health measures will remain in place.

“We will move forward, but we will move cautiously,” Ford said at his daily media briefing Wednesday. “We will move with cautious optimism.”

Garden centres and nurseries will be allowed to reopen on May 8, followed by hardware stores and safety supply stores on May 9.

“This means people will be able to shop in stores as long as these businesses follow strict public health measures to protect staff and customers,” Ford said.

He said the same workplace safety requirements that currently apply to pharmacies and grocery stores – such as physical distancing, contactless payment options and sanitizing of surfaces – will apply to those stores. 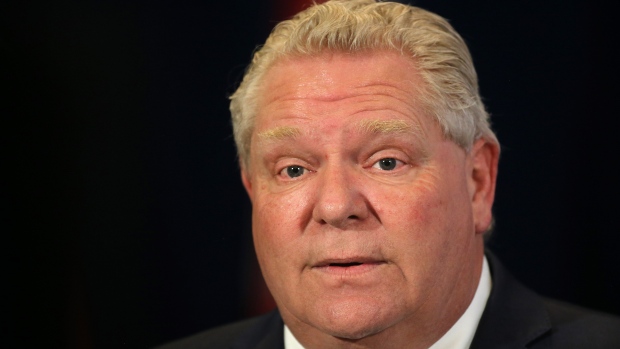 On May 11, non-essential retail businesses with street entrances will be allowed to reopen to offer curbside pickup and delivery.

Ford said the decision was made in consultation with his cabinet, health officials and “key stakeholders.”

“We’ll continue working to get more businesses and services online as safely as we can,” Ford said.

He added that safety guidelines will need to be followed by all businesses.

“I want to be clear. All public health measures remain in place and will be strictly enforced,” the premier said. “We can’t take the progress we’ve made for granted.”

He said the province has watched and learned from other jurisdictions that “giving this virus even an inch can set us back.”

Toronto could take “some creativity”

Asked whether reopening some retail businesses might lead to crowding around stores in densely populated areas such as the GTA, Ford said large lineups are only likely to be a problem in downtown Toronto. 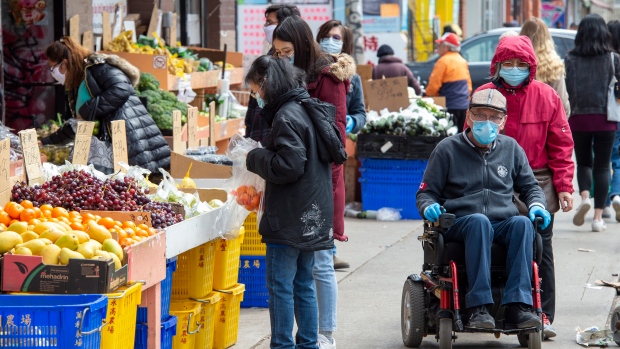 “If you go to Etobicoke, where I live, or Scarborough or North York, you aren’t going to have these big lineups,” Ford said.

He said he understands that Toronto’s downtown “is a whole other kettle of fish” and that he had a “good conversation” with Mayor John Tory last night about how to handle retail in the city.

“Mayor Tory is going to be putting in place the proper protocols,” Ford said, praising him as “an incredible partner” who has been “very collaborative.”

Tory described the conversation with Ford as “candid and collegial” and said it was a frank discussion about the “unique considerations that have to be taken into account” for Toronto.

“It is a unique situation – people don’t like to hear that. But the fact is, we have very dense retail, a very dense and big population and for that matter we’ve been uniquely and acutely affected by the virus in a way that is not true for other parts of the province. So therefore the risk associated with all this is greater,” Tory said.

He said the city will be unveiling further details in the coming days about measures that will be taken to keep people safe as more stores reopen.

He also said he’s hoping retailers won’t act to create unsafe circumstances “by having blow-out sales and whatnot.” 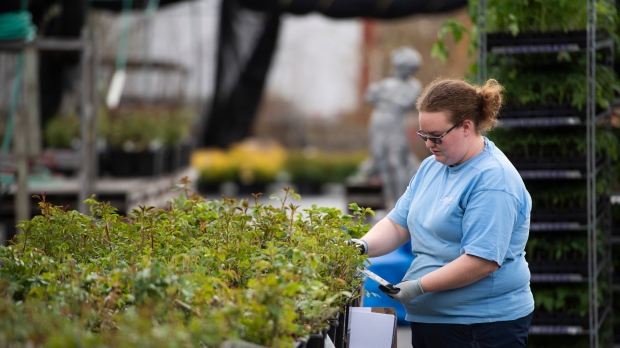 Speaking at a media briefing Wednesday, Ontario’s Chief Medical Officer Dr. David Williams said reopening retail – even just for pickup – will require planning and coordination on the part of retailers.

“It’s going to take some creativity and I think for retailers to work in partnership with each other on how to do this and maintain the safety and the distancing and not put the public at risk,” Williams said.

He pointed out that in many parts of the city, there are stores clustered very close together, which could possibly result in crisscrossing lines and crowds waiting for pickup.

He suggested that businesses could implement appointments for pickup and coordinate lineup directions with neighbours to ensure that those lining up can distance properly and that there are no crowds outside stores.

Williams also said that masks may begin to play a larger role as a means of preventing the spread of infection as more businesses reopen. 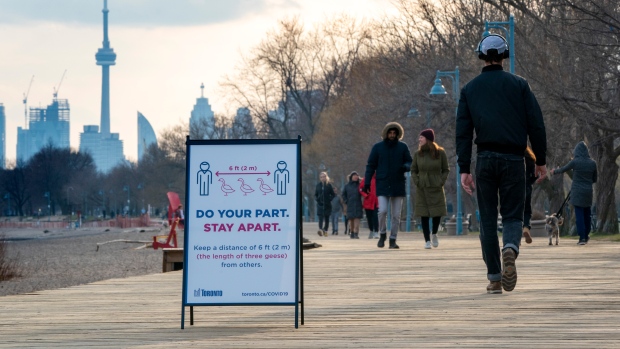 On April 27, the province released a framework for reopening the province. The framework did not provide specific dates, but laid out a phased approach for how the province will gradually allow more businesses, services and public spaces to reopen.

Health officials have said they want to see two weeks of steady decline before starting to reopen. Williams said Wednesday that province appears to be on a “very slow plateau.”

The province also previously released sector-specific guidelines to help various industries understand how to operate safely amid the pandemic.