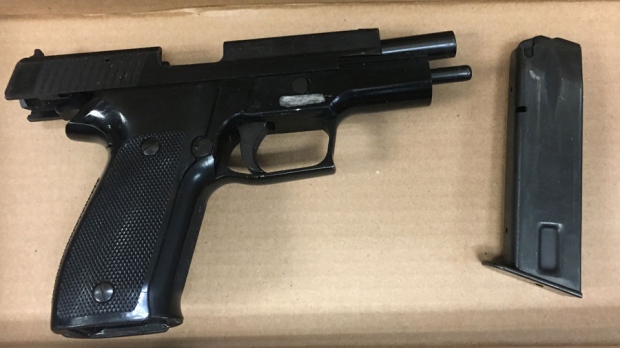 A Pickering man has been arrested following “a high-risk takedown” connected to the alleged kidnapping and assault of an 18-year-old from Oshawa, police say.

Durham Regional Police say the victim was picked up from his home on Friday around 2 a.m. by known acquaintances who allegedly demanded money from him.

The victim told police he was assaulted and held inside the vehicle for about four hours before being released. He suffered serious injuries and received treatment at a hospital.

Members of the Durham police’s Gun and Gang Unit were called in to aid in the investigation after the suspect vehicle was spotted in Pickering. Police say they apprehended a 20-year-old suspect during “a high-risk takedown” and seized a restricted firearm from the vehicle.

A suspect identified as Pickering resident Usman Ali has been charged with kidnapping using a firearm, assault with a weapon, possession of a weapon for committing an offence and several other firearms-related offences.

Police say two suspects are still outstanding. They urge anyone with information about the incident to contact them at 1-888-579-1520 ext. 2741.