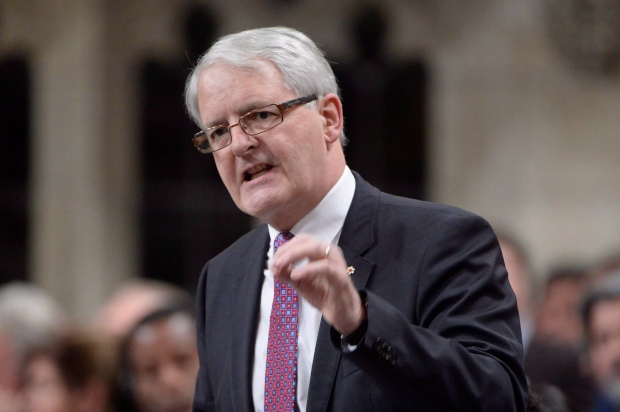 Transport Minister Marc Garneau answers a question during Question Period in the House of Commons on Parliament Hill in Ottawa, on Monday, Feb.1, 2016. (Adrian Wyld / The Canadian Press)

MONTREAL - Ottawa is moving to ban high-powered lasers from Canada's three largest cities due to the dangers they pose when pointed at aircraft.

Transport Minister Marc Garneau announced new measures today that prohibit anyone from possessing a battery-operated hand-held laser over one milliwatt without a legitimate purpose, such as for work or education.

The restrictions apply to municipalities within the greater Montreal, Toronto and Vancouver areas, as well as within 10 kilometres of any Canadian airport or heliport.

Garneau says shining a laser into the cockpit of an aircraft can distract the pilot and interfere with their ability to take off or land safely.

Any individual caught with a hand-held laser in a prohibited zone without a reason can be fined up to $5,000 on the spot under the new rules, while a corporation can face up to $25,000.

There were 379 laser attacks in 2017, most of which occurred in Ontario and Quebec.