Passengers can't be removed from overbooked flights in Canada 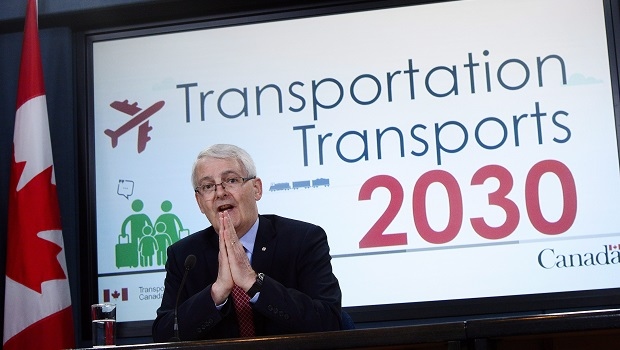 Transport Minister Marc Garneau speaks at the National Press Theatre in Ottawa on Tuesday, May 16, 2017. Garneau has introduced legislation to create a new passenger bill of rights, which will give travellers a better idea of when airlines will have to compensate them. (THE CANADIAN PRESS/Sean Kilpatrick)

TORONTO -- No one who has bought a ticket for a domestic or international flight in Canada will be allowed to be removed because of overbooking under a new passenger bill of rights, the transportation minister announced Tuesday.

Minister Marc Garneau said the shoddy treatment of air passengers outlined in recent news reports will not be tolerated on any domestic flight as well as any flight leaving or arriving to Canada.

He says said the rules would ensure "travellers are treated like people and not numbers."

The new regulation comes a month after cellphone video captured a passenger being dragged off a United Airlines flight in Chicago after he refused to leave his seat to accommodate airline crew members.

Garneau said if airlines can't get a volunteer with a minimum level of compensation, they will have to increase the amount offered.

"When Canadians buy an airline ticket they expect the airline to keep its part of the deal," he said.

Minimum compensation standards would also be set for damaged baggage.

The regulations would additionally increase the cap on foreign ownership of airlines from 25 per cent to 49 per cent.

The government hopes to have the new regulations in place in 2018.

They are contained in legislation that must get the nod from Canada's Parliament, but passage is assured because Prime MinisterJustin Trudeau's Liberal Party holds a majority of seats.