York Regional police are investigating after a vehicle fatally struck a 42-year-old mother of two and drove off a second-storey parking lot in Vaughan Thursday afternoon.

It happened outside a plaza on Keele Street south of Rutherford Road at 1:22 p.m.

York Regional Police Sgt. Andy Pattenden told CP24 a white Audi Q7 was in a second-storey parking garage when "for reasons that are under investigation, drove across that parking lot, right over through a fence and off the second-storey."

A female pedestrian was hit in the process, Pattenden said.

When officers arrived, the pedestrian was pronounced dead on the scene.

Family and co-workers have identified the victim as Maria De Simone. 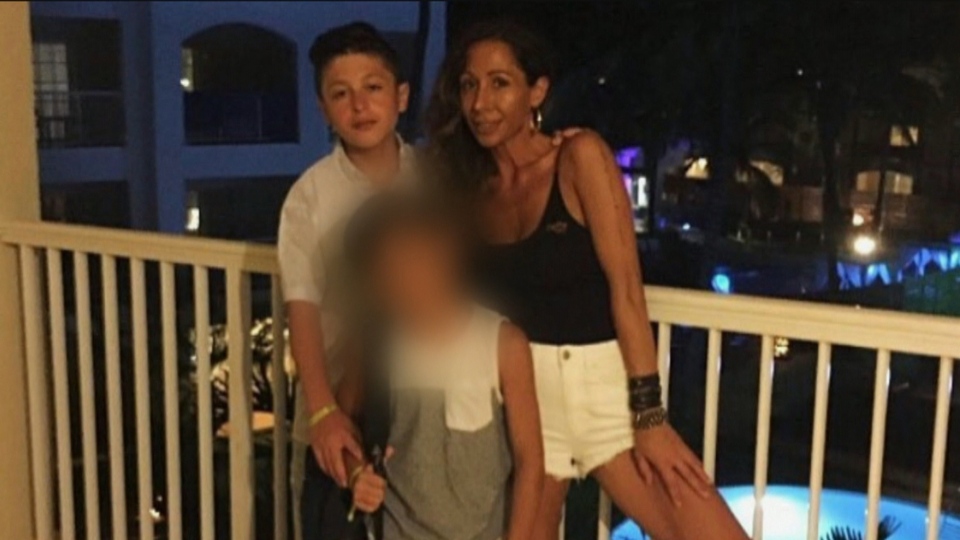 Her son Joey Mazzucco described her as a loving and generous person.

“She worked hard every day to support me and my brother,” Mazzucco told CTV News Toronto. "It doesn’t feel real right now.”

Frank Caruso, who runs a furniture store nearby, said De Simone was one of his employees.

“It's so devastating to us because she's such a big part of our company and such a great person,” Caruso said. “It's heartbreaking.”

Pattenden said the elderly male driver of the vehicle was found without vital signs and was transported to a hospital, where he later died.

A woman, who was a passenger in the vehicle, was also taken to a hospital with non-life-threatening injuries. 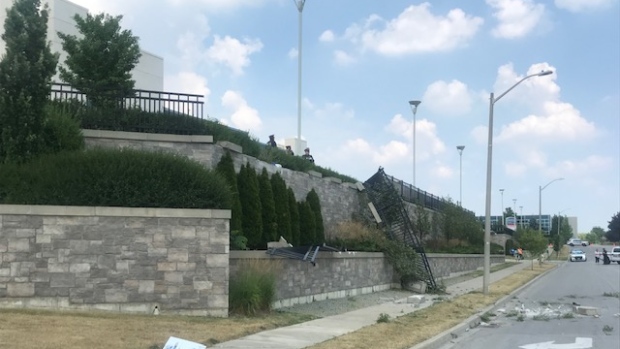 Police are appealing for anyone who was in the area at the time to contact them.