Peel’s hospital system ‘on brink of catastrophe’ as positivity rate tops 17 per cent in Brampton: Loh 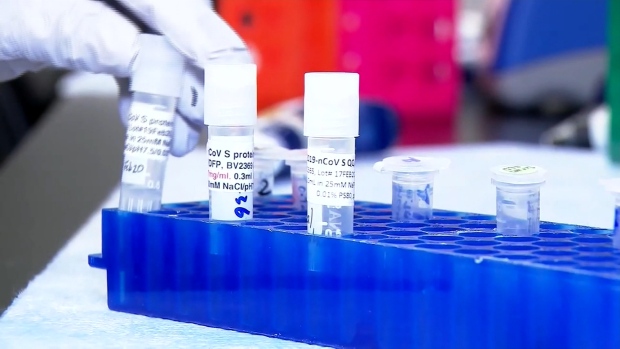 Nearly one out of every five COVID-19 tests conducted in Brampton is now coming back positive and Peel’s top public health official says that it has become clear that we are seeing a “holiday surge at the worst possible time.”

Medical Officer of Health Dr. Lawrence Loh made the comment during a weekly briefing at Brampton city hall on Wednesday morning.

He said that the city’s positivity rate has now risen to 17.4 per cent, up from 16.9 per cent last week. He said that it is also seeing 350.8 new cases per week per 100,000 residents compared to 278.9 at this point last week. That weekly incidence rate is higher than the ones being reported by all 34 of Ontario’s public health units.

“Brampton and Peel are seeing a holiday surge at the worse time,” Loh said. “This concerning increase comes as area hospitals continue to cancel surgeries, transfer patients all across Ontario for care and see ICU capacity dwindle while contending with more admissions and also more deaths. Let me be clear this is an emergency.”

Loh said that Peel hospitals have already transferred some patients “hours away for care” in a bid to free up capacity to treat people suffering from COVID-19 but remain “on the brink of catastrophe.”

According to a Critical Care Services Ontario report obtained by CP24, the number of patients in critical care at Credit Valley Hospital in Mississauga as of midnight exceeded the unit’s capacity by five and nearly half of them (15) were being treated for COVID.

A similar situation was also reported at Trillium Health Partners Mississauga Hospital, where another 17 COVID-19 patients were receiving treatment. All but five of the 71 beds in the ICU at that hospital were occupied.

“We are seeing hospitals that are overwhelmed, we are seeing patients that are being transferred hours away for care and we are seeing surgeries get cancelled more and more,” Loh said. “Our hospital system is really on a brink of catastrophe and we are continuing to see cases rise which is not what we want to see because cases ultimately become hospitalizations and then become deaths.”

Calls for list of essential retailers to be narrowed

Loh’s comments on Wednesday come in the wake of the Ford government declaring a second state of emergency as well as a formal stay-at-home order that will prohibit residents from venturing outside for non-essential purposes.

Loh told reporters that he is generally in favour of the action taken but he said that he is also urging his provincial counterparts to “review the list of essential workplaces to see what else could temporarily be closed” given the surging case counts in many parts of Ontario, including Peel.

In the meantime, he said that the surging positivity rate in Brampton should be a reminder to residents of the “risk that exists with any sort of interaction with people outside of your home at this point in time.”

“To put it in context the World Health Organization as well as our federal partners recommend that test positive be kept at three per cent or less. So we are magnitudes above that,” he said.