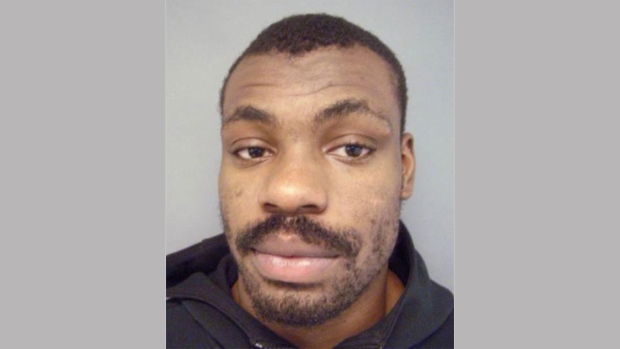 Samuel Smith is pictured in the photo distributed by Toronto police. (Handout)

A suspect who allegedly broke into a woman’s home and attacked her on Valentine’s Day has been arrested, Toronto police said Wednesday.

Officers responded to the area of Weston Road and Oak Street, south of Highway 401, at around 1:30 p.m. on Feb. 14 for reports of an assault.

The man allegedly broke into the woman’s apartment, violently attacked her and threatened to kill her, police said. He then fled the scene.

Paramedics transported the woman to hospital, where she was treated and released.

The victim and the suspect knew each other, police said.

Samuel Smith, 24, was arrested after police released a suspect photo on Monday.

Smith has been charged with attempted murder, aggravated assault, threatening death, break and enter, unlawfully in a dwelling-house, mischief under $5,000, failing to comply probation, and breach of recognizance.

He is scheduled to appear in court on Thursday.