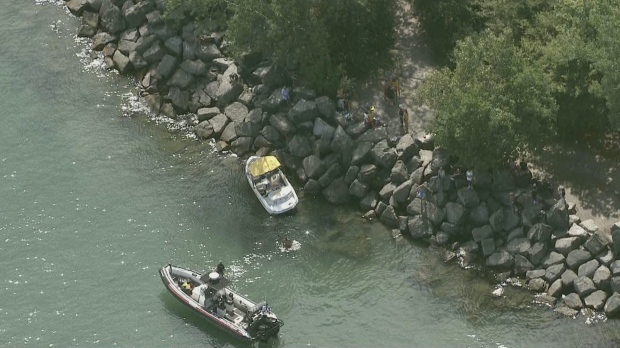 One person has been rushed to hospital in critical condition following a boat crash at Woodbine Beach.

Police have laid charges in connection with a boat crash at Woodbine Beach earlier this month that killed one person and injured three others.

The accused, a 46-year-old Markham man, was operating a 20-foot bowrider vessel with six passengers on board on the afternoon of Sept. 4 when he lost control and collided with some rocks about 90 metres from the shore of the beach.

One of the passengers, a 47-year-old man, was killed as a result of the impact.

Meanwhile, three other occupants on the boat were taken to hospital with non-life threatening injuries.

Few details have been released about the circumstances leading up to the crash, though several witnesses that spoke with CP24 did say that they saw the boat travelling at a high rate of speed before it slammed into the rocks.

He is expected to appear in court at College Park on Nov. 4.