Police ID suspect in death of woman found in suitcase, two others charged with accessory after the fact 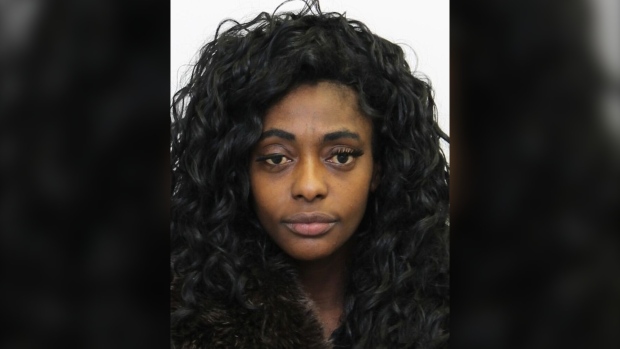 Carita Jackson, 37, is shown in this handout photo. Jackson is wanted for second-degree murder in the death of Varsha Gajula. (Toronto Police Service)

Police have arrested two people and issued an arrest warrant for a third after the remains of a 41-year Caledon woman were found stuffed into a suitcase in the city’s west end last week.

The victim, identified as Varsha Gajula, was found deceased in the Keele Street and Hillary Avenue area on the morning of Aug. 25.

In a news release issued on Sunday night, police said that they have since executed a “number of search warrants” in connection with the case and, as a result, have charged two men with indignity to human remains and accessory after the fact to homicide.

Those men, identified as 35-year-old Andre Bartley and 57-year-old Christopher Daley, both appeared in court this week.

Police say that 37-year-old Toronto resident Carita Jackson has been identified as a suspect in the homicide itself and is currently wanted for second-degree murder.