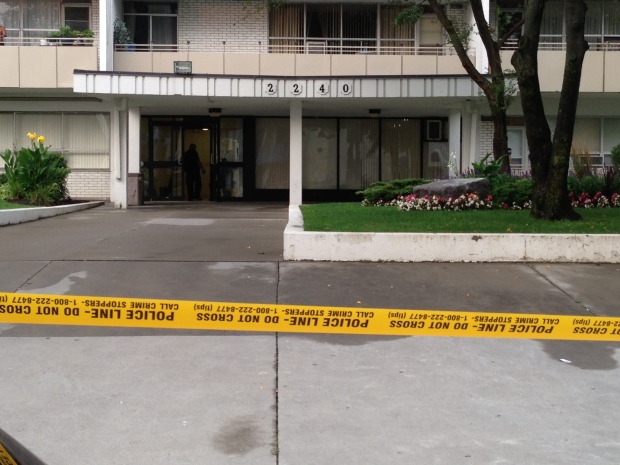 Police tape is shown outside the scene of a homicide in the city's west end Sunday morning. (CP24/Jackie Crandles)

It happened on the 19th floor of an apartment building on Weston Road near Lawrence Avenue just before midnight.

Police say they plan to release a surveillance camera image showing a male suspect sought in connection with the shooting sometime today.

"I want to confirm that I have the right person before I release that image or even give a description at this point in time," Det. Sgt. Peter Trimble told CP24 Monday morning.

According to Trimble, the victim was not known to police.

A post-mortem examination will be conducted. 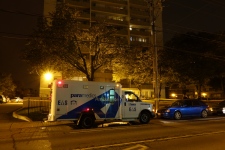 An ambulance is seen outside a Weston Road apartment building where a 16-year-old male was fatally shot early Monday morning. (Tom Podolec)