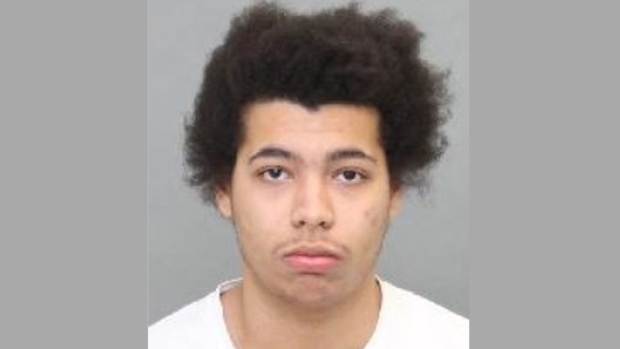 Toronto police have identified a suspect wanted in connection with the murder of a 22-year-old man at a Corktown apartment building this past summer.

Officers were called to a Toronto Community Housing Building near Adelaide and Parliament streets at around 2 a.m. on August 9.

Jesse Graham-Richter was found with a gunshot wound to his head in a fourth-floor common area following a shooting police described as “targeted.” He was pronounced dead at the scene.

Investigators have since described the murder as an “ambush-style” killing.

In early September, police released surveillance images of the suspect in an effort to identify him and appealed to the public for information.

In a news release Wednesday, police said they have now identified a suspect.

Kyler Johnson, 23, of Toronto, is wanted for first-degree murder.

Police say Kyler should be considered armed and dangerous and anyone who sees him should call 911.