Police investigating after body discovered in dumpster in North York

Toronto police are investigating a suspicious death after a body was found in a dumpster in North York’s York University Heights area Tuesday afternoon.

Toronto Fire found the body after they responded to a call about a trash fire on Romfield Drive, in the area of Finch Avenue West and Keele Street, at around 3:45 p.m.

Firefighters found the body amid burning material in the dumpster and called police.

Toronto Paramedic Services attended the scene, but did not transport anyone to hospital. 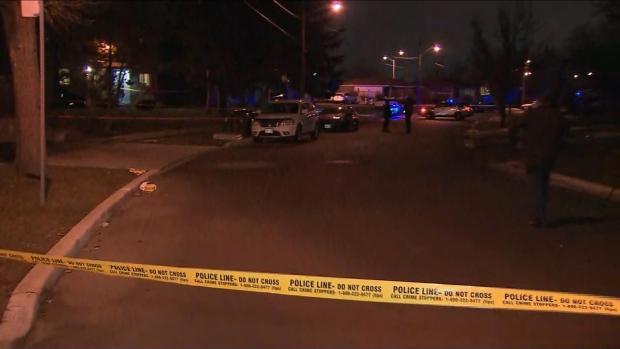 At around 8 p.m., police confirmed the discovery of the body and said they are treating the incident as suspicious.

There is no indication so far as to the age or gender of the person who died, or the cause of death.

Yellow police tape cordoned off a stretch of on Romfield Drive Tuesday night, with a number of officers and police vehicles on scene.

Police said they expect to continue to hold the scene late into the night.

Police investigate after a body was discovered on Romfield Drive in North York Tuesday December 24, 2019.