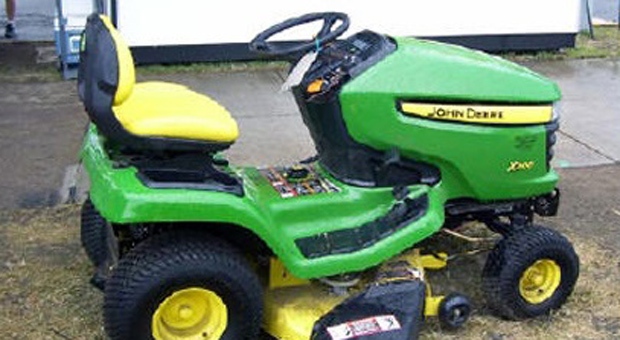 Durham police have released an image of a riding lawn mower similar to one stolen from an Oshawa church. (Durham Regional Police handout)

Durham police are investigating after a riding lawn mower and a tractor were stolen from two separate churches in Oshawa.

The first theft occurred between Aug. 23 and Aug. 29 at the New Apostolic Church on Laval Street.

On Sept. 2, a tractor was stolen from Grace Lutheran Church on Cromwell Avenue.

“The stolen machines are very heavy and the suspect(s) would have had to tow them off the property,” police said in a news release issued Monday.

Police have now released images of lawn mowers similar to the ones that were stolen.

Anyone with information about the thefts can contact police or Crime Stoppers anonymously.

Durham police have released a photo of a tractor similar to one stolen from a church in Oshawa. (Durham Regional Police handout)