Toronto police are now investigating an attack that saw a woman set on fire on a TTC bus as a suspected hate crime and say a man has been charged in connection with the incident.

It happened on Friday just before 12:30 p.m. at Kipling Station.

Police said a man on board a bus allegedly poured flammable liquid on a female passenger and ignited her on fire.

The woman, believed to be in her 20s, was helped by TTC employees and citizens nearby. She suffered second and third-degree burns and was rushed to the hospital, where she remains in critical condition.

Police said the man fled the area but was later located and taken into custody.

On Sunday, police identified the man as 33-year-old Tenzin Norbu of Toronto. He is facing four charges, including attempted murder and assault with a weapon. 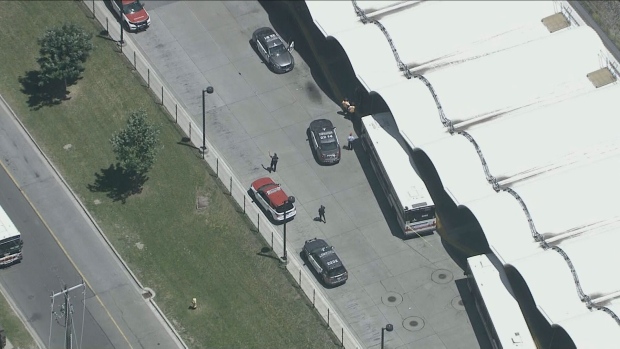 Police also announced that they are treating the incident as a suspected hate-motivated offence following consultation with the hate crime unit.

Speaking to reporters on Sunday, Const. Alex Li said the man and the woman were unknown to each other. Police have said the attack was an isolated incident, and there is no threat to the public.

“The issue with (a) random (incident) is that we have to then trace what the relationship or how this came to be, what the motive was,” Li said. “So in this instance, (it) being random (is an) obvious cause of concern.”

He commended the “quick act of the good Samaritans” to help the woman.

“The message again to the community is when you see something suspicious, or you notice something that is not right, notify authorities immediately. Be cognizant of your surroundings,” Li said.

Norbu is scheduled to appear in court on Monday.

-with files from Katherine DeClerq