Police make another arrest in beating death of Brampton man 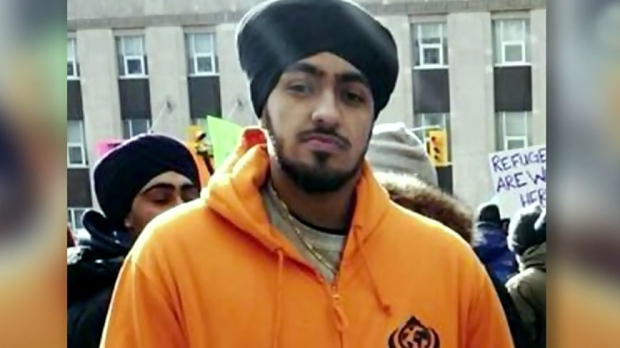 Police have arrested a fourth suspect in connection with the beating death of a 21-year-old man in Brampton in March.

Paviter Singh Bassi was found with critical injuries in the area of Sandalwood Parkway East and Cedarcliff Trail just before 6 p.m. on March 19 following an apparent assault.

He was rushed to hospital but succumbed to his injuries the next day.

At the time, police said that Bassi had been assaulted by a group of suspects, though a motive was never provided.

In a news release issued on Wednesday, police said that they have now arrested another suspect in connection with the homicide.

Police say the victim was not related to any of the suspects despite sharing a last name with some of them.

They say that the investigation into the homicide remains ongoing, though it is unclear whether any additional suspects are being sought.

Paviter Singh Bassi’s has previously been described as “full of love and compassion for those around him” by members of his family.

In a statement released to reporters at the time of his murder, Bassi’s family said the 21-year-old man “had an incredibly bright future ahead of him.”

“Paviter was an inspiration to his family, friends and community. He has left a void that is indescribable and cannot be put into words,” the statement read.

Police are continuing to encourage any witnesses or people with dash-cam or surveillance footage from the Sandalwood Parkway East and Cedarcliff Trail area to come forward.