Relationship breaks down between Torstar owners, one seeks order to wind up company 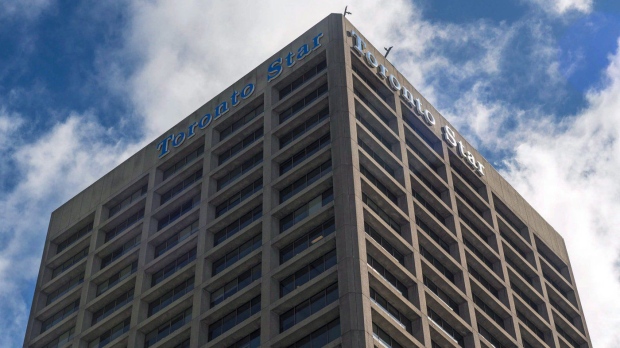 TORONTO - One of the owners of Torstar Corp. is seeking a court order to wind up the media company, citing “irreparable” damage to the relationship with his business partner.

Paul Rivett, one of the owners of Nordstar Capital Inc., an investment company that purchased Torstar in 2020, filed an application to the Ontario Superior Court of Justice earlier this month that says immediately dissolving Nordstar is the only way to create a clear path forward for the companies under its umbrella.

The court document filed on Sept. 1 delves into the erosion of Rivett and partner Jordan Bitove's relationship. Rivett claims Bitove changed his mind about previously agreed upon plans and failed to provide a budget at the Toronto Star, which he oversees.

The claims have not yet been tested in court.

Neither Rivett nor Bitove, who each own half of Nordstar, immediately responded to a request for comment and Bitove has not filed a response in court.

“Given the operational state of the companies, the applicants, employees of the controlled companies, and Torstar's news readers all stand to suffer irreparable harm if interim relief is not granted,” the filing says.

Rivett has asked the court to appoint PricewaterhouseCoopers to manage an asset sale to resolve the “impasse” between the two parties.

The court document says Bitove resigned from Nordstar's board of directors on Aug. 13.

In 2020, Nordstar acquired Torstar, taking the company private, including the Toronto Star and various local news outlets it operates in other cities.

Prior to the deal closing, Nordstar upped its bid for Torstar from $52 million to $60 million in response to a rival offer for the media conglomerate.

The purchase was financed by a loan from investment firm Canso Investment Counsel Ltd.

Rivett was previously president at Fairfax Financial before joining up with Bitove, who is known for helping launch the Toronto Raptors basketball team and was part of the ownership consortium that built the SkyDome, now the Rogers Centre.

Torstar holds an investment in The Canadian Press as part of a joint agreement with subsidiaries of the Globe and Mail and Montreal's La Presse.