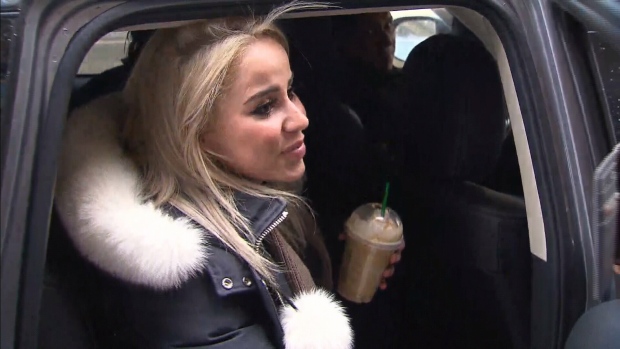 The lawyer for a woman accused of tossing two chairs and some other property of a downtown condo balcony this past winter says that he is “getting a lot closer” to an agreement that could finally bring a resolution to the criminal case against his client.

The matter has been working its way through the courts ever since Zoia turned herself into authorities following the surfacing of a video which depicted part of the incident back in February.

On Thursday, a judge agreed to set the matter aside until Oct. 22. Speaking with reporters outside Old City Hall courthouse, Zoia’s lawyer Greg Leslie said that it his expectation that the case will be resolved at that time. “She could be looking at anything from a discharge to jail time and I think the Crown and I are still quite a ways apart but the bridge is definitely getting closer. We are getting there, we are definitely getting there.”

Zoia has not appeared in court in person since an initial appearance this past winter but Leslie said that he does expect her to attend the Oct. 22 appearance.

He said that his client is someone who “made a mistake and is remorseful for her actions,” something that he said should be “abundantly clear” when she appears in court in October.

“This is going to be a bump in the road in her life and hopefully she is going to learn from it and it will be a life lesson,” he said.