With an hour to go until the city's candidacy deadline Friday afternoon, an ailing Rob Ford shook up the mayoral race by removing his name from the ballot and sending a letter from his hospital bed with blessings for his brother Doug to replace him.

"With the advice of my family and doctors I know I need to focus on getting better. There is much work to be done and I can’t give it my all at this point in time. My heart is heavy when I tell you that I'm unable to continue my campaign for re-election as your Mayor," Ford wrote. "I’ve asked Doug to finish what we started together, so that all we’ve accomplished isn’t washed away. I have asked Doug to run to become the next Mayor of Toronto, because we need him. We cannot go backwards."

The mayor's Director of Communications Jeff Silverstein submitted the resignation paperwork for Rob Ford at around 1 p.m. at city hall and then returned about 30 minutes later to file paperwork registering Doug Ford as a mayoral candidate and Rob Ford as a city council candidate in his old stomping grounds of Ward 2, Etobicoke North. The Fords’ nephew, political newcomer Michael Ford, had to withdraw his candidacy from Ward 2 and instead registered to run as a school trustee in Ward 1. Candidates had until 2 p.m. to register to run in the civic election or to have their name removed from the ballot.

The mayor is currently at Mount Sinai Hospital awaiting the results of a biopsy on a tumour in his abdomen. Those results are not expected for another week but the speculation around his condition has been grim.

In his statement, Ford said that he is facing the battle of his lifetime and needs to "face the challenge head-on" and therefore can't commit to the "heavy schedule" required of a mayoral candidate.

Ford then threw his support behind his brother, who currently represents Ward 2 on council but was not running for re-election.

Doug Ford is expected to address the media outside his mother's Etobicoke home at 7 p.m.

"Doug loves our city as much as I do. He believes that standing up for the average person and watching the bottom line are what matters most at City Hall," Rob Ford wrote. "Doug also believes in standing up for his family no matter what. His loyalty and willingness to be there for anyone, anytime is just who he is."

Doug Ford was first elected to city council in 2010, acting as the mayor’s de-facto spokesperson and primary defender.

During the mayor’s crack cocaine scandal, the older Ford clashed with Police Chief Bill Blair, calling for his resignation. Ford then accused Blair of leaking information about an impending subpoena that was to be served to the mayor, prompting the police chief to file a notice of defamation.

Blair ultimately decided not to proceed with legal action after Ford retracted his comments in full.

“I don’t think he has the same uptake that his brother had,” Coun Paula Fletcher told CP24 on Friday afternoon. “Like him or love him Rob left a pretty big mark as mayor and councillor and Doug doesn’t have that.”

"He is certainly known and he tends to capture the media's attention," Coun. Mary Fragedakis added. "As for his chances, I think it is a little too soon to tell. It is very much a changing dynamic."

"The mayor is not well. We don't know the final diagnosis, but for him to give up the love of his life in terms of politics....He's looking to the future as well as the present," he said.

"Very best wishes for Rob's recovery. My thoughts are with Renata & the children who are going through a very difficult time," Soknacki wrote.

Pollster says Doug Ford will have a chance

Doug Ford’s sudden candidacy throws a massive wrench into the election, which is now just six weeks away.

A hypothetical poll conducted by Forum Research in May showed that Doug Ford had the support of 21 per cent of respondents in a three-way race with Olivia Chow (40 per cent) and John Tory (31 per cent).

That same poll also found that Doug Ford had an approval rating of just 30 per cent.

“He is off by a few points from his brother, but not a lot.” Forum Research President Lorne Bozinoff told CP24. “It’s a good chunk to start with.”

The last poll had John Tory in the lead with about 40 per cent and Olivia Chow in third place.

The mayor penned a letter from his hospital bed, revealing his plans for the future. 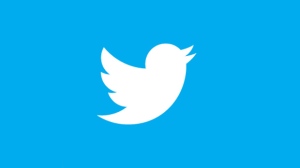 Social media exploded with reaction after Mayor Ford officially withdrew his name from the mayor's race. Here are the key moments in Rob Ford's career 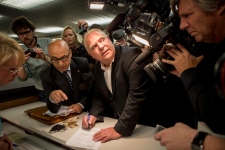 Doug Ford tries to avoid the glare of a television camera as he submits his papers in Toronto on Friday, September12, 2014 to enter the mayoral race after the withdrawal of Rob Ford. THE CANADIAN PRESS/Chris Young