Rogers to make 4 of its magazines online-only by 2017 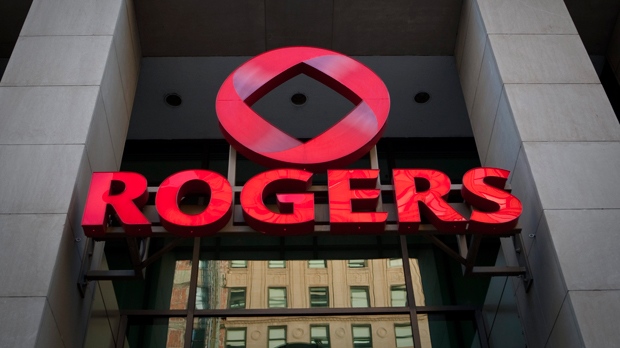 Rogers logo on an office tower in Montreal, on Oct. 25, 2012. (The Canadian Press Images / Francis Vachon)

TORONTO -- Rogers Media has announced a major overhaul of its magazines -- with Flare, Sportsnet, MoneySense and Canadian Business becoming online-only publications -- as print advertising revenues dwindle and the number of subscribers declines.

"What we've seen is over the past five years a gradual dwindling of the subscriber business across most of our titles," Steve Maich, senior vice-president of digital content and publishing at Rogers Media, said in an interview.

"There are certainly exceptions. But the bigger issue is our ability to monetize those audiences through advertising. The magazine business held up relative to the newspaper business quite well for a long time, but in recent years what we've found is the advertising dedicated to Canadian magazines has started to drop off quite rapidly."

The changes will take effect in January.

Rogers is also looking to sell all of its business-to-business magazines as well as its French publications.

Maich could not say how many jobs will be affected, but said significant reductions are not expected.

"There will be some job loss, particularly related to people whose jobs are overwhelmingly focused on print today," he said.

"But our decisions that we're announcing today are really not primarily focused on reducing our labour force. We're in the quality content business. We are already operating very efficiently and we think there's a big opportunity to deliver more digital content to our audiences."

Mark Stevenson, MacLean's editor in chief, says the magazine will continue to provide great storytelling to its readers.

Subscribers can request full refunds on their accounts, the company said.

In announcing the move, the media giant touted its digital operations, pointing out growth in the number of unique visitors to its Rogers magazine websites and the amount of time people are spending on those sites.

But Rogers has been afflicted by the same forces that have taken a bite out of the newspaper industry, a sector that has coped with rounds of mass layoffs this year because of falling print advertising.

In early September, the Globe and Mail issued a call for 40 employee buyouts. About a month before that, Torstar announced it was laying off more than 50 people, mostly from the Toronto Star newsroom.