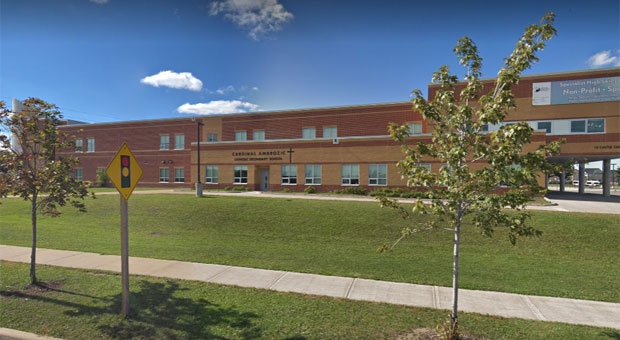 A Toronto-area Catholic school board says an online firestorm that erupted after a book on how to teach black students was photographed on a principal's desk stems from a misunderstanding over the book's contents.

The Dufferin-Peel Catholic District School Board says the book, titled "The Guide for White Women Who Teach Black Boys," has a provocative title but is actually a helpful resource on tackling racial and cultural oppression in education.

Michelle Coutinho, the board's principal of equity and inclusive education, says such materials are a particularly useful reference given how diverse the student population is in the district and at that specific school.

The controversy emerged this week after a Brampton, Ont., high school, Cardinal Ambrozic Catholic Secondary School, posted a photo of its new principal on Twitter.

The photo, which shows the book on her desk, set off heated debate, with some suggesting it was a sign of racism or incompetence, or a prop meant to bolster the school's image.

Cardinal Ambrozic extends a warm welcome to Ms. Battaglini, our new Principal. We are excited to have her join our community. Looking forward to a fantastic year with her leadership. pic.twitter.com/MoB5nRpkRr

"LOOOOL. No principal should make it this far while subsequently needing a book like this," one person wrote on Twitter. "She a bad principal," wrote another.

Some defended the book, however, and the principal's efforts to educate herself. "She's making an effort to connect with her students, it's more than most principals do," another tweet read.

The board said it was surprised by the uproar and hoped people would look up the book before jumping to conclusions based on its title.

The principal intends to address the photo in a public announcement and invite any students with lingering questions to see her, said Bruce Campbell, the board's spokesman.

The book, written by three researchers and published in 2017, aims to improve outcomes for black students by helping teachers create learning environments in which they feel nurtured and engaged. The title references the fact that white women make up the bulk of the teaching force in the U.S.

Coutinho said the book asks educators to challenge the biases they may bring into the classroom.

"We know that we're steeped in a colonized kind of world view and how do we break out of that in our everyday practices?" she said, noting it has been used in the board's anti-oppression training in the past.

Cardinal Ambrozic's new principal was involved in a book study at several schools that delved deeply into the text last year, Coutinho said.