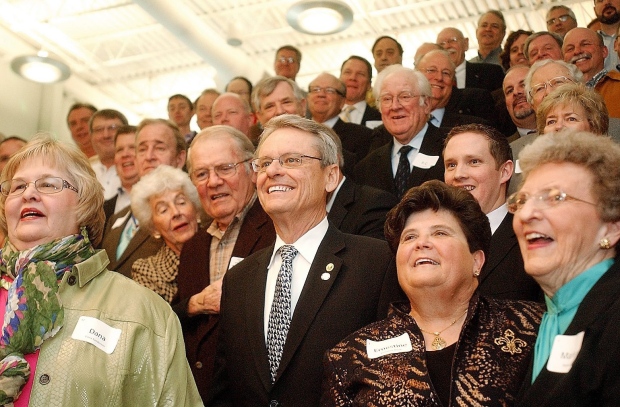 TORONTO -- In the wake of Carly Rae Jepsen's cancellation of her Boy Scouts of America performance due to the group's exclusion of gays, Scouts Canada is reaffirming its stance on inclusiveness -- and says Jepsen is welcome at their jamboree.

The Canadian pop star said on Twitter that "as an artist who believes in equality for all people" she was pulling out of the BSA's jamboree in July. Rock band Train also warned that it won't appear unless the organization stops barring participation by gay scouts or adult leaders.

BSA director of publicity Deron Smith said the organization appreciates "everyone's right to express an opinion" and remained focused on staging its jamboree.

In May, the Boy Scouts of America's 1,400-member National Council is expected to consider a proposal to ease the ban by allowing sponsors of local Scout units to decide for themselves whether to admit gays.

Meanwhile, the co-ed Scouts Canada -- which is distinct and separate from the BSA -- clearly stipulates it "does not discriminate for reasons of gender, culture, religious belief or sexual orientation."

In 2001, the organization's social justice and diversity policy reaffirmed its stance on the issue of discrimination, noted Kaylee Galipeau, national youth commissioner and chair of the national youth network for Scouts Canada.

Asked if Scouts Canada is concerned that people may associate the Canadian and American scouting organizations, Galipeau would only say that the recent events offered a chance to reiterate that Scouts Canada is "open and inclusive and always have been."

"We accept boys and girls, we accept LGBT members, we accept people of all faiths," Galipeau said from Valhalla Centre, Alta.

"It's really just been an opportunity for us to remind people that we're still here, we're vibrant in Canada, we're growing and we are open to everyone."

Scouts Canada is preparing to host its Canadian Scout Jamboree from July 6-13 in Sylvan Lake, Alta. Galipeau said they regularly have musical acts and performers at the gathering -- and Jepsen doesn't need to worry about the organization losing her number. Galipeau extended an invitation to both Train as well Mission, B.C.'s Jepsen of "Call Me Maybe" fame to attend the festivities.

"We're proud to be hosting it here in Alberta and as a manager of special events for the jamboree, I'd just like to throw in there that we'd be totally welcome to having Train and Carly Rae come and play at our jamboree if they would so like to."