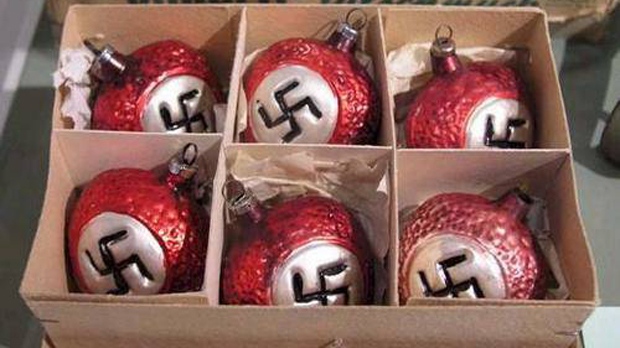 Swastika Christmas ornaments are seen in a Craigslist ad from Sept. 16, 2017.

“Custom made Christmas decorations, show your pride - $50,” reads the post, under the city of Toronto arts and crafts section of the website.

Though reviled as the symbol of Nazi Germany and the Holocaust, the simple display of the swastika symbol is not a crime in Canada.

No information identifying the seller is offered in the ad, though the seller claims to have made the items themself.

The ad comes as far-right and fascist groups gain public attention in North America in the wake of the election of Donald Trump as U.S. President.

After a violent clash between fascists, KKK members and white nationalists against antifascist protesters in Charlottesville, Virginia last month, Trump incredulously remarked that “all sides” deserved some blame for what occurred.