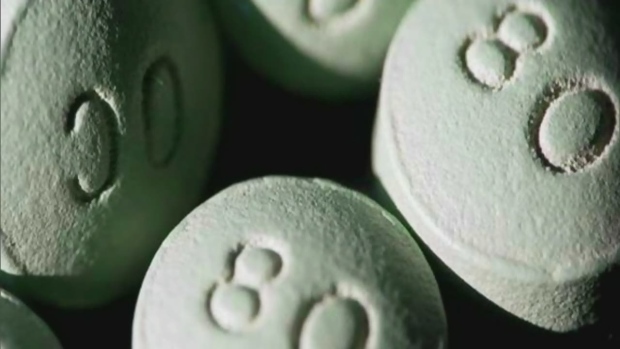 VANCOUVER -- Patients in Canada and the United States filled opioid prescriptions after minor surgery at a rate that was seven times higher than those in Sweden, reveals a new study that suggests the addictive pain drugs could be used more judiciously in North America.

Researchers examined prescriptions filled by individuals in the first week after undergoing one of four low-risk operations in the three countries. Just 11 per cent of patients in Sweden filled an opioid prescription, compared with 79 per cent in Canada and 76 per cent in the U.S.

Among those who filled an opioid prescription, the amount of opioid dispensed was significantly higher in the U.S. compared with Canada and Sweden, adds the study published Wednesday in JAMA Network Open.

"I think there's a lot of data, including this study, that suggests that patients are getting more opioids than they need for even just minor surgical procedures," said Dr. Karim Ladha, a clinician-scientist at the Li Ka Shing Knowledge Institute of St. Michael's Hospital and co-author of the study, in an interview.

"The concern is really that we're contributing to a supply of opioids in the community."

Further, the study raises the question of whether opioids are necessary for pain management after surgery, Ladha said. Researchers didn't have information about the post-operative pain experiences of patients in this study, but it appears many in Sweden were "getting by" without opioids after the same procedures, he said.

"Do we actually need them? While this study can't answer this question, it's driving what we're going to do in the future, which is a randomized controlled trial to really test this hypothesis," he said, adding he was in the process of applying for a grant for further research.

The study sample consisted of about 129,000 patients in the U.S., 85,000 in Canada and 9,800 in Sweden, between the ages of 18 and 64 who underwent gallbladder removal, appendix removal, meniscus repair or breast lump removal.

The cohort in Sweden was smaller because of the population size in the Scandinavian country and because data was only available there between Jan. 1, 2013 and Dec. 31, 2014, explained Ladha.

The number of opioid prescriptions filled were consistent across all four surgical procedures, with very similar percentages of patients filling prescriptions in the U.S. and Canada, and much lower percentages in Sweden, the study says.

There were significant differences in the type of opioid prescription filled. Codeine and tramodol were often prescribed in Canada and Sweden, but rarely used in the U.S., while the use of combination opioid formulations was much higher in the North American countries.

The findings likely point to differences across the countries in doctors' approaches to opioid prescribing, public attitudes about the role of opioids in treating pain and drug marketing and regulation that may encourage or constrain opioid prescribing, the study says.

Excessive post-operative opioid prescribing has been associated with increased risks of drug diversion, new long-term opioid use and the development of opioid use disorder, the study notes. Nearly 4,500 people died of opioid-related causes in Canada last year.

"A large proportion of patients who are opioid-naive, their first prescription often comes at the time of surgery," Ladha said.

"It's hard to quantify how much of what's going on in society in terms of the opioid epidemic can be attributable to this particular period. But we do know that surgery represents one of the most common reasons why someone is first exposed to opioids. That's why I think this is an important issue."