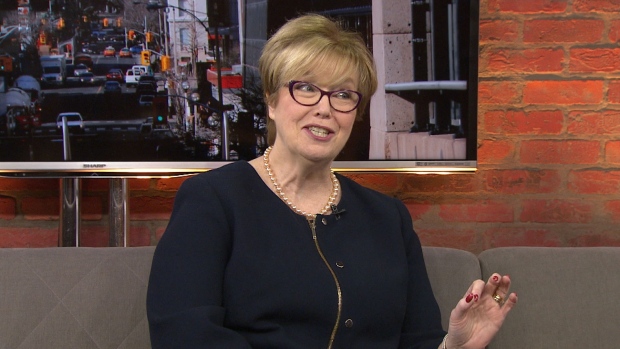 Shelley Carroll‏ has officially resigned from city council so she can “devote” her time and energy to her provincial election campaign.

The Ward 33 Don Valley East councillor has served on city council since 2003 but announced in October that she would step aside to run provincially for the Liberal party in the newly-created riding of Don Valley North.

Her resignation was announced on Thursday morning and will take effect at 5 p.m.

“As I resign my council seat to devote full time to my provincial campaign in #DonValleyNorth, I thank the Toronto public service, the @Ward33Team, the three mayors & so many councillors that I served alongside & most of all, Ward 33 constituents for the honour of serving,” she wrote in a message posted to Twitter on Thursday morning.

Carroll is the deputy speaker at council and also sat on the Toronto Transit Commission board, the Toronto Police Services Board and the city’s budget and economic development committees.

She is one of three city councillors who have been nominated to run in June’s provincial election with the others being Deputy Mayor Denzil Minnan-Wong and Scarborough Rouge-River’s Chin Lee.

Minnan-Wong and Lee have not yet resigned or taken leaves of absences but are expected to.

“It will leave us with, what some would argue, more than enough councillors to get the jobs done,” Mayor John Tory said of the exodus at an unrelated press conference on Thursday. “There are still 42 of us, including me, who will be there and will be meeting this month and in the months thereafter to conduct city businesses. While we will miss these three because they have all made significant contributions, we will carry on with our business.”

The provincial election is scheduled for June 7.