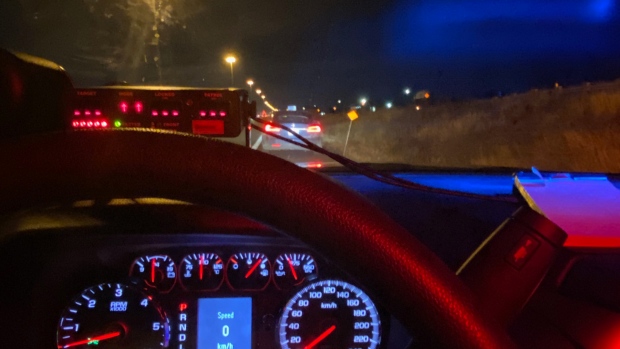 A Tesla sedan is stopped in Oakville after OPP officers observed a driver flossing their teeth behind the wheel. (Kerry Schmidt/Twitter)

The OPP say they’ve charged a 58-year-old motorist with careless driving after observing the driver flossing their teeth behind the wheel, with the help of the car’s autopilot function.

The officers observed the driver with both hands not on the steering wheel, but instead moving floss between their teeth.

They pulled the driver over and charged them with careless driving.

Tesla vehicles are equipped with a self-driving mode that can maintain speed, change lanes and park, but drivers are urged to pay attention and be ready to take over the wheel to avoid collisions or take the wheel during more difficult situations.

Drivers’ over-reliance on the feature has been blamed for several serious collisions in the U.S.