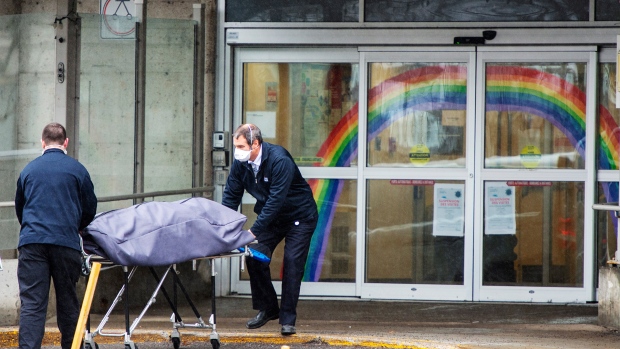 There were thousands more deaths recorded in Ontario and across Canada than can be explained by official COVID-19 statistics last year, according to a Toronto researcher.

Using federal mortality data from Statistics Canada, University of Toronto researcher Dr. Tara Moriarty found more than 4,000 deaths occurred beyond what could be explained by COVID-19 statistics between March and Nov. 2020.

Using the known case fatality rate for COVID-19 observed in Canada during this time, put against the likely maximum extent of spread of the virus through the population using the presence of COVID-19 antibodies in blood samples, Moriarty found 4,239 deaths above and beyond the COVID-19 death reports published at the time.

In Ontario, looking at the period of March 1 to June 30, 2020, Moriarty found 4,126 deaths reported in the province, but the official COVID-19 death toll during this period was only 2,672, leading to 1,454 unexplained excess deaths.

A different effort using a count of cremations done during a similar period, Jan. to May 2020, found 1,600 unexplained excess deaths in Ontario.

In Ontario, the province does not report “probable” COVID-19 cases confirmed through contact tracing and symptom analysis but not through PCR testing, while local public health units do.

Any deaths that arose from probable infections in Ontario would not be included in official statistics.

There is also the impact of cancelled or delayed surgeries, now approaching 250,000 operations in Ontario, and the fact that some people with serious health concerns may be avoiding hospital care out of fear or contracting COVID-19.

There is also the possibility that official systems are not capturing all deaths caused by COVID-19, due to a lack of presence of symptoms or other pre-existing health issues being blamed instead.