A Grade 12 student is dead after a shooting inside a Scarborough high school on Monday afternoon.

It happened at around 3 p.m. at David and Mary Thomson Collegiate, which is near Midland and Lawrence avenues.

Police said that the victim, an 18-year-old male, was pronounced dead on scene after being located with a gunshot wound near the back doors of the school.

Police said they believe the shooting was “targeted” and that there is no risk to public safety.

Investigators said they were treating the entire main floor as a “crime scene.”

“It is devastating. It is an absolutely unfortunate event that has taken place today,” Duty Insp. Richard Williams told reporters at the scene. “A very young individual has lost his life and I can assure you that the Toronto Police Service and the homicide squad will do their very best in investigating this matter and hopefully bring the person or persons responsible to justice in a short order.”

The shooting took place minutes after students at the school were dismissed for the day.

Williams said that as soon as police arrived on scene the building was placed under a lockdown and members of the Emergency Task Force were brought in to conduct a full sweep of the premises.

An all-clear was then given at around 5 p.m. and staff and students were seen being escorted out by police. 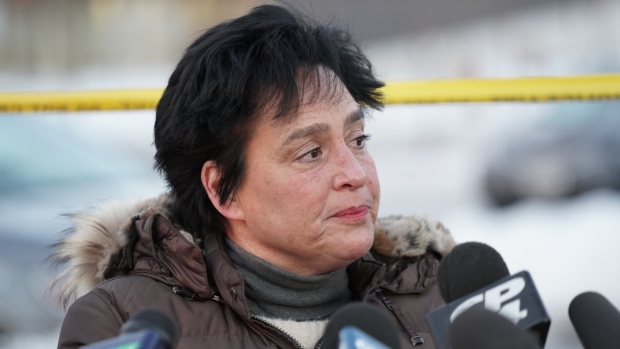 “My heart is in my throat right now, “ TDSB spokesperson Shari Schwartz-Maltz told reporters shortly after arriving at the school. “I haven’t been here very long, got here about 20 minutes ago but there are a lot of tears inside and there are a lot of upset teachers. It is going to take a lot to get through it.”

In a letter sent home to parents Monday night, Principal Aatif Choudhry said students will switch to remote learning Tuesday, but support staff will be available for students at McGregor Community Centre starting at 9 a.m., as well as virtually through links to be provided to students.

“This is an incredibly somber time for all of us at the school as we mourn the loss of this young life and begin to process this tragedy,” Choudhry said. “I know that you will join with us in expressing our deepest condolences to grieving family and friends.”

He said the student who died is not yet being identified “out of respect for the student and their family.”

Choudhry said that while the school community is “completely shaken by this tragedy,” student safety remains a top priority.

“While police believe this was a targeted act and do not believe there is any further threat to the school or public safety, they will be at the school in the coming days should anyone wish to share information that may assist in their investigation,” he said.

Police have said that they believe the suspect in the shooting fled on foot in an easterly direction.

Members of the canine unit and Emergency Task Force were summoned to scour the surrounding neighbourhood Monday but no arrests have been made.

Schwartz-Maltz said that there are 16 cameras located throughout the school, though it is unclear whether they may have captured what transpired.

In a statement, TDSB Director Colleen Russell-Rawlins extended condolences to the student’s family and friends and said the board will undertake its own investigation into the deadly incident.

“We will be supporting the student’s family in every way possible and will be ensuring that students and staff are supported at the school in the days and weeks ahead,” Russell-Rawlins said. 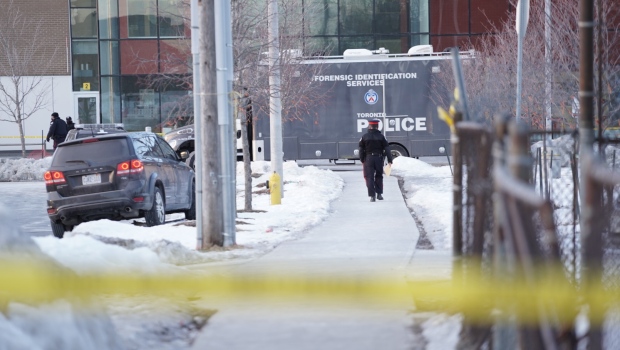 “An incident like this raises questions about how something like this can happen inside a school. As we continue to assist Toronto Police with their investigation in any way we can, we will also undertake our own investigation.

In a series of tweets, Mayor John Tory said Toronto Police Chief James Ramer has told him that “no stone will be left unturned in finding out why this happened and to bring those responsible to justice.”

“Any act of violence which takes place in a school is both tragic and unacceptable,” Tory said. “My thoughts are with the family and friends of the victim and the students and staff at David and Mary Thomson Collegiate Institute.”

In a tweet, Premier Doug Ford said that he was “absolutely devastated” by the incident.

“We must work together to rid our communities of gun violence,” Ford wrote. “I fully support the police as they investigate this tragedy and work to bring those responsible to justice.”

“It is so very sad to hear of the loss of a high school student to another senseless shooting in Toronto,” he wrote. “Thinking of the family, the school, and the entire community impacted by this devastating news.”

Speaking with CP24 Monday evening, Scarborough-Guildwood MPP Mitzi Hunter – who has called for gun violence to be declared a public health crisis – said such incidents are devastating for the community.

“We need to address the escalation of gun violence specifically that is occurring in our communities,” Hunter said. “In Scarborough alone, gun violence has increased by 33 per cent this year and it's having devastating effects on our community.”

Hunter said that while young man has lost his life, the entire community is affected by such acts of violence.

“This shooter has affected the entire school and frankly, has spread fear amongst the whole community in Scarborough as a result of this incident, and this trauma has to stop. The cycle of violence has to stop, and it can be addressed by looking at it through a public health lens.”

She called for hospital and community-based interventions to be put in place and specifically called on the Ford government to restore funding in the province’s education budget for programs that proactively give at-risk youth training and supports to direct them toward more positive outcomes. 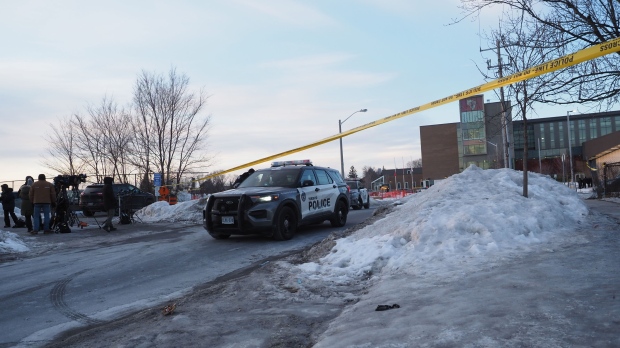