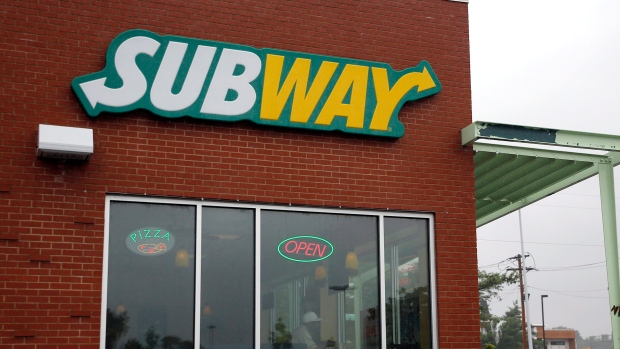 TORONTO - A lawsuit by the world's largest fast-food operator over a report on the content of its chicken sandwiches is an attempt to stop the CBC from covering matters of public interest, an Ontario court heard on Tuesday.

Subway's claim for $210 million in damages over a “Marketplace” broadcast in February 2017 about the chain's Canadian chicken offerings has already had a chilling effect, a lawyer for the public broadcaster said.

Laboratories, Gillian Kerr told Superior Court, have become leery of working on investigative pieces or are demanding full indemnity before doing so.

U.S.-based Subway IP, along with Subway Franchise Systems of Canada and Doctor's Associates in the United States, claims the program defamed the company and hurt its bottom line.

The company argues the program - which found only 50 per cent chicken DNA in Subway's chicken sandwiches with as much soy - was factually wrong and based on a “complete lack” of scientific evidence.

“The chicken products are, and were, one per cent soy protein,” Subway lawyer Sana Halwni told the court. “Exactly as Subway told the CBC before they ran the broadcast.”

The lawsuit, Subway says, is aimed squarely at setting the record straight, not silencing the broadcaster.

CBC wants Justice Edward Morgan to toss the lawsuit before trial under so called anti-SLAPP legislation, which aims to protect free expression on matters of public interest.

“The onus is on Subway that there are reasonable grounds to believe that the CBC's responsible communication defence is not valid,” CBC co-counsel Christine Lonsdale told Morgan.

Subway lawyer William McDowell countered no defence under the legislation has succeeded in cases where the “very core of the story” has been found to be false.

Lonsdale said the Subway segment aired after a thorough investigation that took months. The broadcaster asked Trent University to analyze the chicken content of the sandwiches, then had a reviewer from Guelph University look at the results.

“Those are very relevant factors in assessing the diligence of 'Marketplace,”' Lonsdale said. “These were not less trustworthy sources or sources with an axe to grind.”

In addition, she said, it was a matter of significant public interest, which favoured dissemination of the information. CBC, she said, was practising responsible journalism.

“Marketplace” asked Subway repeatedly for comment before airing the piece but the company refused an on-air interview. It did deny CBC's findings but refused to provide the percentage of chicken or other ingredients on the basis the information was proprietary.

Instead, the company developed an internal public relations strategy and then an external strategy that denounced the findings as 100 per cent wrong, court heard.

The CBC lawyers said Subway has a history of aggressive litigation, including a separate lawsuit against Trent University.

Kerr also said the restaurant operator had exaggerated the impact of the broadcast on its fortunes, which she said were minimal at best.

“There's a complicated question as to what the losses suffered from a defamation are,” Morgan interjected.