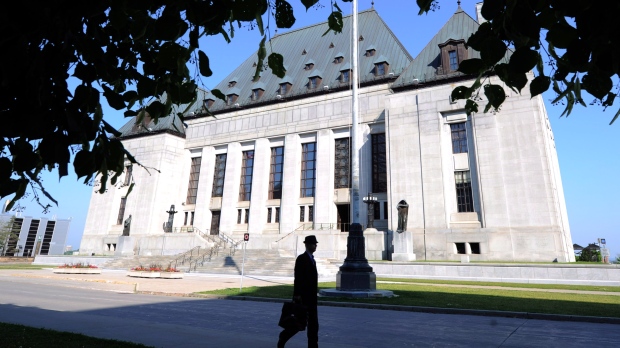 OTTAWA -- The Supreme Court of Canada is slated to spell out what amounts to police entrapment today when it rules on a pair of drug cases.

In each case, Toronto police were acting on tips to investigate alleged dial-a-dope schemes, where a buyer calls a seller and arranges to purchase drugs at an agreed location.

Javid Ahmad and Landon Williams were charged with drug offences after police officers purchased cocaine from each man in the respective probes.

At their trials, the men argued for a stay of the drug-related proceedings on the basis of police entrapment, but only Williams was successful.

However, the Ontario Court of Appeal ruled the police conduct in the two cases carried no risk that innocent people would commit a crime that they would not otherwise have carried out.

The appeal court said the defence of entrapment was unavailable to the accused men since the police relied on legitimate investigative techniques to address the modern realities of the drug trade.

This report by The Canadian Press was first published May 29, 2020.