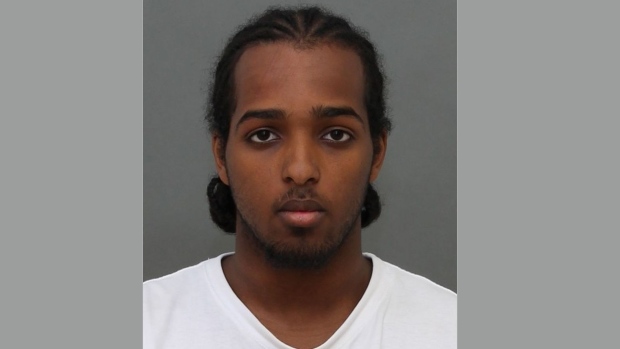 Yasin Mahad Ali is pictured in this image released by Toronto police on March 09, 2016. (Handout)

A suspect wanted in connection with a 2016 daylight gunfight in the Lawrence Heights area has been arrested in Alberta.

According to Toronto police, a man in another vehicle approached and multiple shots were exchanged between the vehicles.

The victim was injured, but survived.

Three days later on March 7, a suspect was arrested in connection with the shooting.

Toronto resident Abdullahi Abdikarim, then 20, was charged with attempted murder.

Then two days later on March 9, police said that they were looking for another suspect in connection with the case. Police said Yasin Mahad Ali of Toronto was wanted for attempted murder.

On Tuesday, police in Alberta said they arrested Ali, now 23, in in Fort McMurray, along with three other people as part of an operation targeting alleged fentanyl trafficking.

Authorities in Alberta said they are working with Toronto police to return Ali to Ontario.