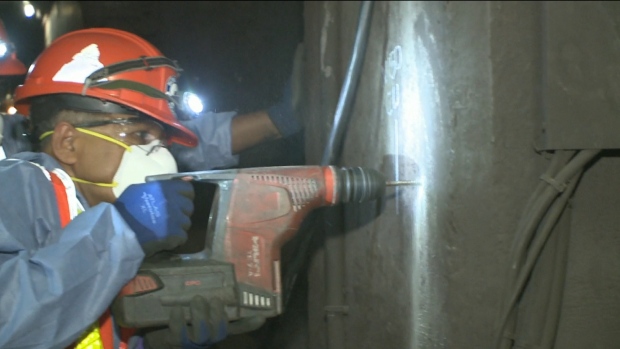 Getting around the city this weekend could be a little more complicated than usual thanks to a trio of planned subway closures.

The TTC says that subway service on Line 1 between St Clair West and Union stations will close early at 11 p.m. on Friday due to signal upgrades.

Dupont Station will be closed during the suspension of service, however all other stations will remain open for fare sales and access to surface routes.

Shuttle buses will also be running.

On Saturday, the TTC says that service will be suspended between Bloor-Yonge and Osgoode stations on Line 1, also for signal upgrades.

During the closure, all stations will remain open and shuttle buses will be running.

The third and final subway closure is scheduled for Sunday.

The TTC says that there will be no subway service between Sheppard-Yonge and St Clair stations on Line 1 due to track maintenance.

Shuttle buses will again be running, though the TTC says that riders can also utilize the 97 Yonge bus and the University side of Line 1 as alternate routes.

This weekend’s closures are among the 52 full weekend or single day subway closures planned by the TTC in 2020. There will also be eight late openings on Sundays and 106 early closures on weeknights.