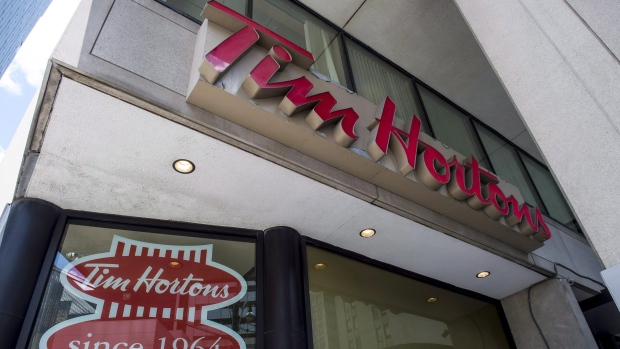 A Tim Hortons coffee shop in downtown Toronto, on Wednesday, June 29, 2016. Tim Hortons has stopped selling Beyond Meat products in Ontario and B.C. the last two provinces remaining after it scaled back the plant-based offering in September. THE CANADIAN PRESS/Eduardo Lima.

Tim Hortons has stopped selling Beyond Meat products in Ontario and B.C. -- the last two provinces serving them after the company scaled back the plant-based offering in September.

A spokeswoman for the coffee chain's parent company, Restaurant Brands International, says there was not enough demand to keep selling Beyond Meat breakfast sandwiches in the two provinces.

The company first piloted the plant-based breakfast sandwich in May, before rolling out three plant-based sandwiches nationally in June.

A month later, it added two Beyond Meat burgers to menus nationwide.

In September, RBI announced it would continue to sell the alternative protein breakfast sandwiches only in Ontario and B.C. and scrapped the burgers altogether.

Sarah McConnell says the company will continue to explore plant-based options as it creates new menu items, but nothing is planned in the immediate future.

Beyond Meat did not immediately respond to a request for comment.