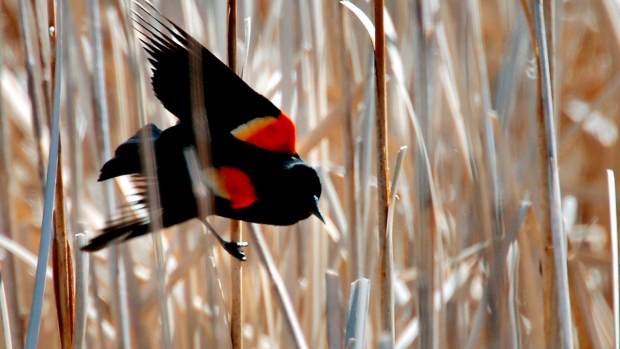 FILE - In this May 8, 2007, file photo, a male red-winged black bird perches on reed in a wetland area west of Great Falls, Mont. (Robin Loznak/Great Falls Tribune via AP, File)

TORONTO -- Visitors to three Toronto parks are being warned about the risk of being dive-bombed by red-winged blackbirds.

City spokeswoman Jane Arbour says people called 311 to report that the birds were diving down onto passersby.

She says it's not unusual for this to happen around mating season.

Arbour says the signs warning people about the birds will be removed once mating season is over and the threat has passed.