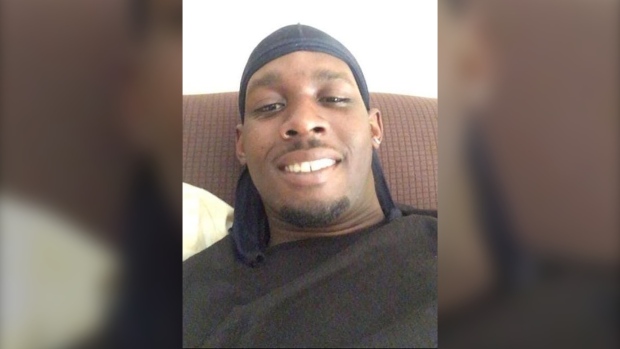 Toronto police say that 29-year-old Jamar Hall was fatally gun down at a townhouse complex on Humber Boulevard on December 26, 2021. (Handout /Toronto police)

Toronto police have identified a 29-year-old man who was fatally shot at a townhouse complex in the city’s west end on Boxing Day.

Police responded to a call about a shooting on Humber Boulevard, near Alliance Avenue, at around 7:45 p.m. on Dec. 26.

Emergency responders found a victim with multiple gunshot wounds in a townhouse unit. They tried to revive him, but he was pronounced dead at the scene.

Investigators told CP24 on Sunday night that two suspects wearing ski masks were seen fleeing the area on foot. They also said that they believe that the shooting was targeted.

“It seems like these two people had a very deliberate course of action that they seem to have wanted to follow,” Duty Inspector Mike Williams told CP24 at the scene.

Investigators are urging anyone with information to contact them or to call Crime Stoppers anonymously.