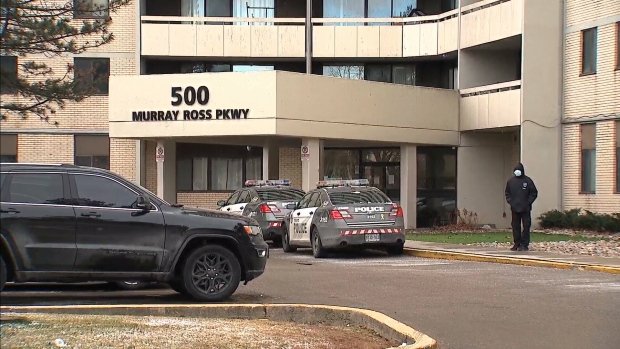 A woman who was found dead in an apartment building near York University in Toronto on Thursday has been identified by police.

Officers responded to a medical emergency call near Murray Ross Parkway and Sentinel Road at approximately 9:41 p.m. When they arrived, police said they located a woman suffering from serious injuries.

She later succumbed to those injuries and was pronounced deceased at the scene, police said.

As well, police say that a 26-year-old Toronto man has been charged in connection with the ongoing homicide investigation.

Soreeysa Abdi is now facing a second-degree murder charge and is set to appear in a Toronto courtroom on Saturday.

It is unknown if the woman was a student at York University.

Anyone with information relating to the investigation is asked to contact Toronto police or Crime Stoppers anonymously.