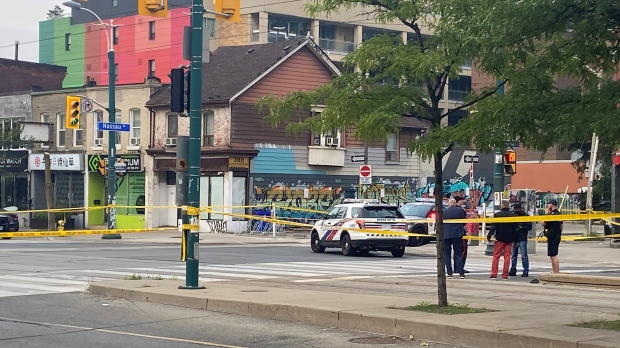 Police say they are investigating after a body was found in a parking lot in Toronto’s west end early on Sunday morning.

Toronto police say they were called to a parking lot near Queen and Dufferin streets at 7:24 a.m. after a dead body was found.

Police are treating the death as suspicious but homicide detectives have not been called in.

The area is closed to vehicle traffic and anyone with information is asked to call 14 Division.