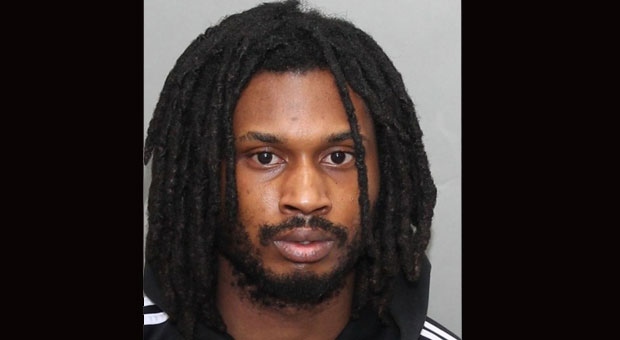 Toronto police say they are looking for a man after a shooting in the city's east end last weekend.

Police say two men were shot inside a car on Jan. 6 when they were stopped at a red light.

The two victims were taken to hospital where they were treated for their injuries.

Police say the alleged shooter had gotten out of a black Mercedes and fled on foot, while the other suspects left the scene in the Mercedes.

They say they arrested two men that fled in the vehicle, but officers are still looking for the shooter.

Police say John Okoro, 23, of Toronto, is wanted for numerous charges including attempted murder and unauthorized possession of a firearm.