Toronto's Pearson airport to use AI-powered technology to detect weapons 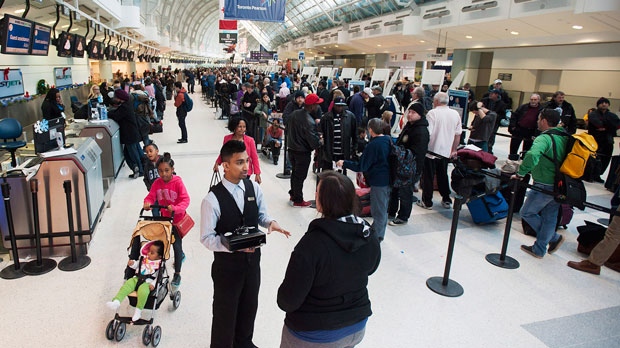 The operator of Toronto's Pearson International Airport says it has agreed to test the new system developed at an Ivy League American university and marketed by a B.C. company.

Vancouver-based Liberty Defense Holdings Ltd. says the technology, known as Hexwave, can detect both metallic and non-metallic weapons ranging from guns and knives to explosives.

It operates by capturing radar images, then using artificial intelligence to analyze those images for signs of a weapon concealed in bags or under clothing.

Liberty says the technology is not able to recognize facial features and therefore does not pose a privacy risk, a position experts in the field view with some skepticism.

The Greater Toronto Airports Authority, which operates Pearson, says it will start deploying the technology in the spring of 2020 in a bid to boost security.