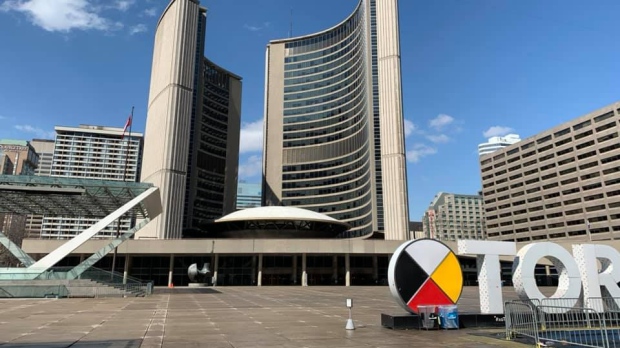 The City of Toronto says that it has terminated 461 employees who failed to comply with its vaccination policy.

The policy came into effect on Sept. 7 this past year. Employees originally had until Oct. 30 to be fully vaccinated, but the deadline for compliance was extended to Jan. 2.

“As of the deadline, a total of 461 employees had either not received any doses of a COVID-19 vaccine or had not reported their vaccination status and have had their employment with the City of Toronto terminated,” the city said in a release Wednesday.

The city said that current staffing levels are not affected because those employees who were terminated had already been suspended without pay for missing earlier deadlines.

According to city figures, approximately 98.6 per cent of the active workforce have complied with the policy and reported being fully vaccinated.

There are 37 employees currently on temporary leave awaiting a decision about their requests for accommodation and 248 employees who have reported receiving just one dose of a COVID-19 vaccine so far.

Starting this week, those who reported having had just one shot will have a meeting with their manager and could face termination if they have not had a second.

The city said “consideration will be given” to those who have an appointment for a second shot.

In its release, the city said that it has “offered various supports to staff “ since its vaccine policy came into effect, including education opportunities, paid time off to get vaccinated and some workplace vaccination clinics.

The release noted that staff who are not able to get a COVID-19 shot  under a “protected ground set out in the Ontario Human Rights Code” will be entitled to an accommodation.

The news comes as Toronto prepares for a theoretical worst-case scenario in which 50 per cent or more of its workforce is out with COVID-19 or isolating because of a close contact.

Many large employers in the province have introduced mandatory vaccination policies as a health measure and as a way to try to stay open and functional despite the virus.

While the latest evidence shows that three doses of vaccine are needed in order to provide good protection against the surging Omicron variant, most workplaces still consider those with two doses to be fully vaccinated.