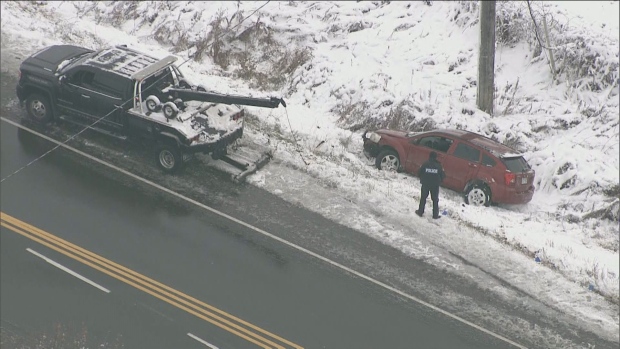 Police are investigating a fatal crash near Port Perry.

“Early reports indicate that there was a tow truck that was there assisting a stranded motorist, a motorist who either lost control or hit the ditch,” OPP Sgt. Kerry Schmidt said Thursday.

“The tow truck driver was on scene. Another motorist apparently came into a collision with this person.”

The tow truck driver subsequently died from injuries he sustained in the collision.

Police have not released any details about the victim or confirmed if any charges will be laid in connection with the deadly crash.

“Anytime you are driving in conditions that are less than ideal… slow down, drive to the conditions,” Schmidt said.

“When you see flashing lights… slow down, move over, give them space. They are trying to clear the scenes, clear the highways, and make it safe for everybody else.”