TREB predicts Toronto sales growth will be 'strong' in 2020 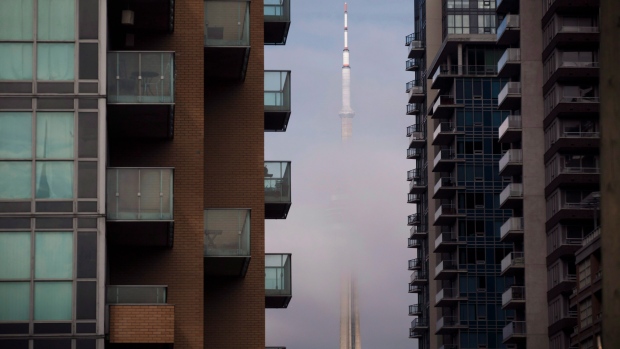 The CN Tower can be seen behind condo's in Toronto's Liberty Village community in Toronto, Ontario. THE CANADIAN PRESS/Cole Burston

TORONTO -- The Toronto Regional Real Estate Board says home sales in February were up 45.6 per cent compared with the same month last year when they hit a 10-year low.

The board says there were 7,256 homes sold last month in the Toronto region through its MLS system. That compared with 4,982 in February 2019.

After preliminary seasonal adjustments, the board says February sales were up 14.8 per cent compared with January. 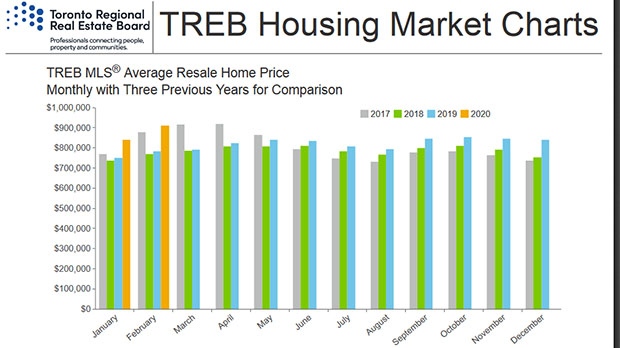 “Sales growth will be strong this year,” board president Michael Collins said in a statement.

“However, the annual pace of sales growth experienced in February will likely not be sustained throughout the year, because we will be making comparisons to much stronger sales results reported after the first quarter of 2019.” 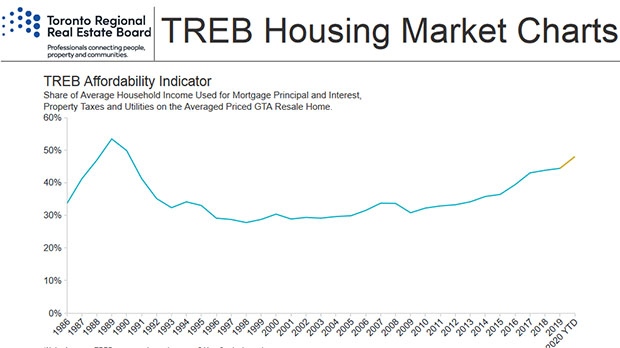