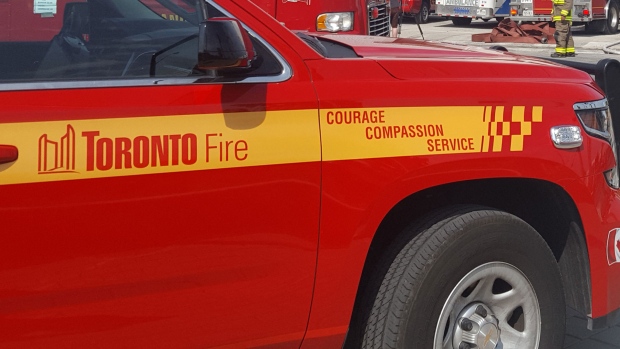 Two people has been transported to hospital following an ammonia leak at a University of Toronto building downtown.

Toronto Fire says crews were called to the Lash Miller Chemical Lab, located at 80 St. George Street, at around 1:20 p.m. to deal with the situation.

The building has been shut down but fire officials say the issue has been contained to one room.

It is not known what caused the leak but fire crews are continuing to investigate.