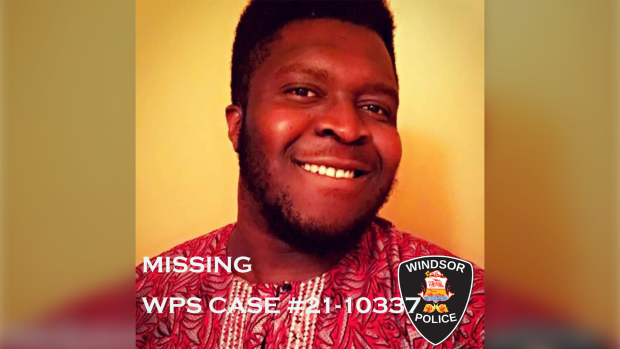 Police are searching for Oyebode Oyenuga of Windsor who was last seen was last seen on Tuesday, Feb. 2. (courtesy Windsor police)

The body of Oyebode Oyenuga was found on the Walpole Island First Nation in mid-March, several weeks after he was reported missing to Windsor Police.

The local police force teamed up with the Ontario Provincial Police to investigate Oyenuga's death and made two arrests on Friday.

Provincial police say a 31-year-old man from Windsor and a 40-year-old Toronto man are now both facing one count of first-degree murder.

The accused are being held in custody and are scheduled to appear in court at a later date.

Police are asking anyone with information about the case to contact the Lambton County OPP.