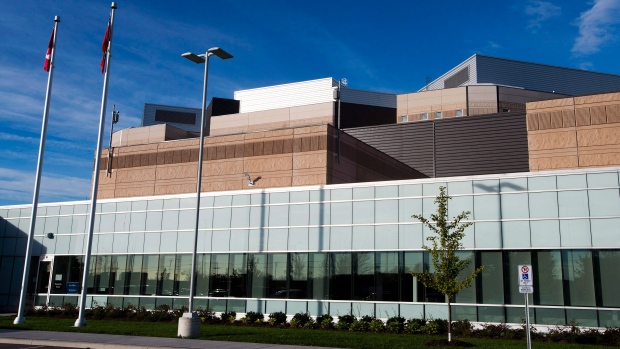 The Toronto South Detention Centre is shown in Toronto on Thursday, Oct. 3, 2013. The facility is slated to open this fall. THE CANADIAN PRESS/Nathan Denette

In a statement, the Ministry of Solicitor General said all the inmates were immediately isolated before they were confirmed to have the virus.

A total of three inmates have contracted the virus. An inmate was reported to have COVID-19 on March 25.

“TSDC has maintained operational protocols related to infection prevention and control and has taken all appropriate steps to protect staff and other inmates,” the Ministry said.

“Staff at all of our correctional facilities have access to personal protective equipment as required.”

In response to the ongoing crisis, the province had implemented safety measures at its correctional facilities. It includes giving temporary absence passes to intermittent offenders, releasing low-risk offenders close to the end of their sentences under a temporary absence pass, and working with the police and courts to reduce the number of individuals coming into custody.

The Ministry said these measures have helped bring down the population at correctional facilities from more than 8,000 to 6,000.

As of Wednesday, there are more than 5,200 COVID-19 cases in the province.