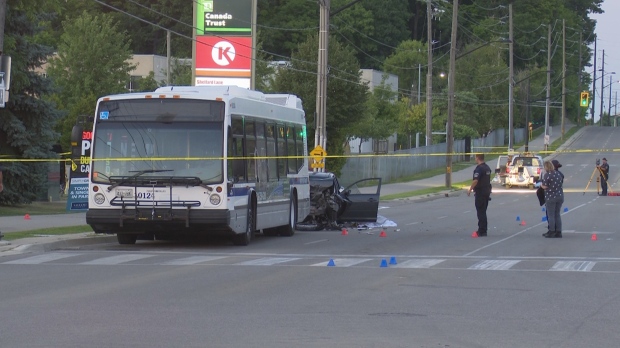 Two people are dead after a two-vehicle collision in Brantford, Ont. Friday afternoon.

Brantford police say a vehicle and a transit bus collided near the intersection.

Images from the scene show a car with extensive front-end damage. It appears the car rear-ended the bus.

Two occupants of the vehicle were pronounced dead on the scene, police say.

Investigators are asking anyone who may have witnessed or has any information relating to the crash to contact them at 519-756-7050.