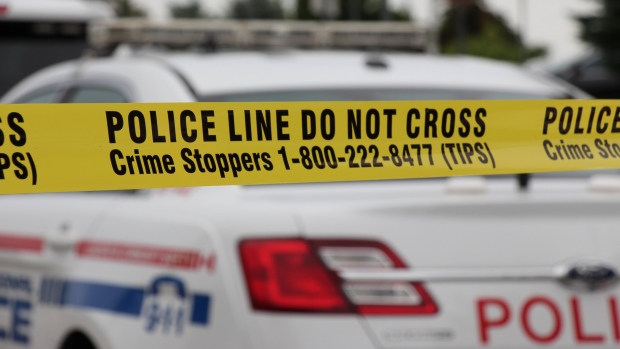 Police say two people were killed and three injured in an overnight shooting at a bar in Oshawa, Ont.

Durham Regional Police say the incident happened on Saturday at around 12:45 a.m. at the BLVD restaurant and bar located at 1812 Simcoe Street North.

Officers were dispatched to the area after reports of shots being fired. When they arrived on scene, they identified five victims suffering from gunshot wounds.

The three remaining victims were taken to hospital with non-life-threatening injuries and were released.

Police said they are speaking with witnesses, and plan to provide a suspect description when one becomes available.

Durham Region’s homicide unit is currently investigating the incident and are appealing for any witnesses with video or information to come forward.