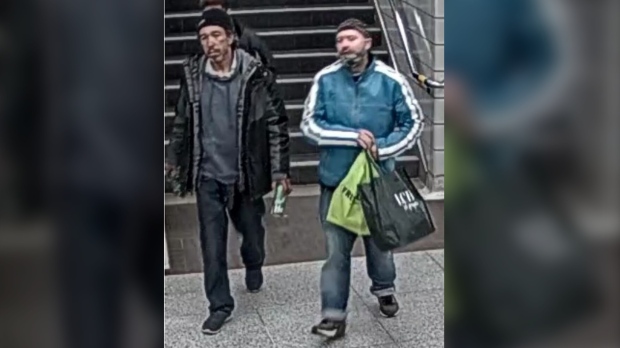 Two suspects are wanted in connection with an assault investigation at Bathurst Subway Station. (TPS Handout)

Toronto police say they are looking for two suspects after a man was assaulted at a TTC subway station.

On Friday, officers responded to reports of an assault at Bathurst Subway Station shortly before 9 p.m.

Two men allegedly threatened and physically assaulted a man while he stood on the westbound platform at the station, police said in a news release on Saturday.

On Saturday, police released surveillance images of the suspects in connection with the investigation. 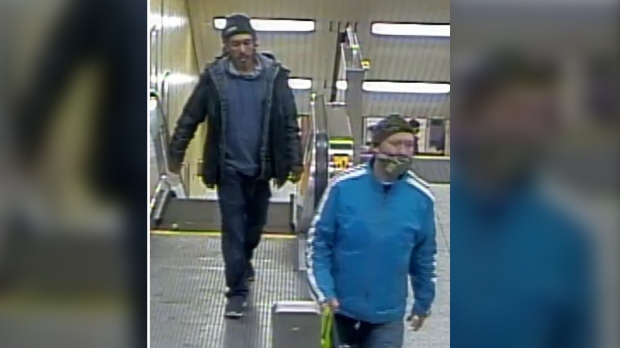 One of the suspects is described as a man between 35 to 40 years old, standing at five-foot six inches tall, with a stocky build, brown hair and scruffy facial hair. He was last seen wearing a light jacket with white stripes, blue jeans, black running shoes with white soles and was carrying two reusable shopping bags.

The other male suspect is described as white, standing at five-foot eight inches tall, between 35 and 40 years old, with a medium build, dark hair and scruffy facial hair. He was last seen wearing a black jacket, black hat, black jeans and black running shoes with white soles.