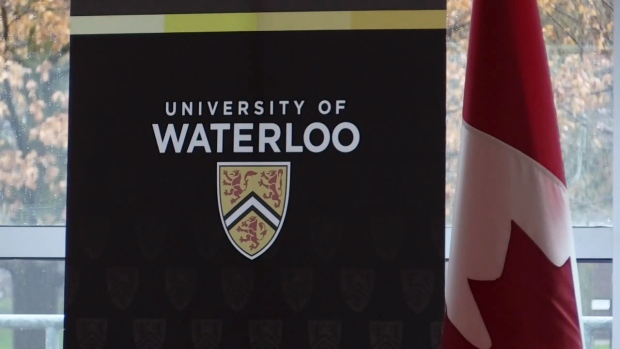 TORONTO -- An Ontario university discriminated against a would-be student with a brain injury and poor grades when it refused him admission, the province's top court ruled on Monday.

In its decision, the Court of Appeal also ruled that Ontario's human rights tribunal should decide the best way to remedy the situation.

"Nothing in these reasons is intended to discourage or disparage the university's grades-based admissions standards," the Appeal Court said. "(But) the university fell short in the performance of its express undertaking to provide accommodation."

The case involves Roch Longueepee, a survivor of severe institutional childhood abuse, who got a high school equivalency diploma in Nova Scotia in 1999, court records show. He dropped out of Dalhousie University after scoring marginal grades in two terms.

In July 2013, he sought full-time admission at the University of Waterloo. He explained his poor grades were due to his previously undiagnosed and unaccommodated disability. He also provided reference letters, writing samples, and information about his volunteer work.

The university found Longueepee had not met its admission grades criteria. After looking into his extenuating circumstances, the school turned him down as unlikely to succeed.

Longueepee turned to the Human Rights Tribunal of Ontario, alleging discrimination on the basis of disability. While the tribunal found the school's minimum grade standard was discriminatory, it nevertheless rejected his complaint, deciding the school had a duty to impose academic standards, and had treated the applicant with compassion.

On initial appeal, Divisional Court overturned the tribunal decision, finding the university had in fact failed to accommodate Longueepee during its admissions process. The school, the court ruled, relied too heavily on his grades rather than consider all factors.

Divisional Court ordered the school's admissions committee to take another look at the application.

The university launched a further appeal, maintaining the tribunal's decision was right. It argued Divisional Court had failed to properly consider the school's academic standards.

Longueepee countered the tribunal was wrong to find the university had accommodated his disability because the school relied only on poor grades received before he knew he had a disability. He also said admissions had failed to consider his volunteer work and references.

The Appeal Court agreed, siding with the lower court and faulting the tribunal for finding the university had met its duty to accommodate Longueepee. That finding, the court said, was "patently unreasonable."

"There was no indication that the admissions committee made any effort to understand how Mr. Longueepee's disabilities might have affected his Dalhousie grades, or to analyze whether his grades, interpreted in light of his disabilities, might assist in showing his ability to succeed at university," the Appeal Court said.

"The finding was unreasonable because the university fell short in the performance of its express undertaking to provide accommodation."

The higher court nevertheless differed with its lower counterpart on next steps. Ultimately, the Appeal Court decided it should be up to the tribunal to fashion a remedy in line with the human rights code.

In concurring reasons, Justice Peter Lauwers cautioned against interfering with the independence of universities and their ability to set academic standards. But in this case, he said, the tribunal had been "too cautious."

"Other cases will be different and we will be feeling our way on how these tensions of deference to university decisions in the core areas of their mandates and the duty to accommodate get worked out on the ground," Lauwers said.

Neither the school nor Longueepee had any immediate comment.

This report by The Canadian Press was first published Dec. 21, 2020