Use of roadside saliva tests for cannabis impairment remain in question 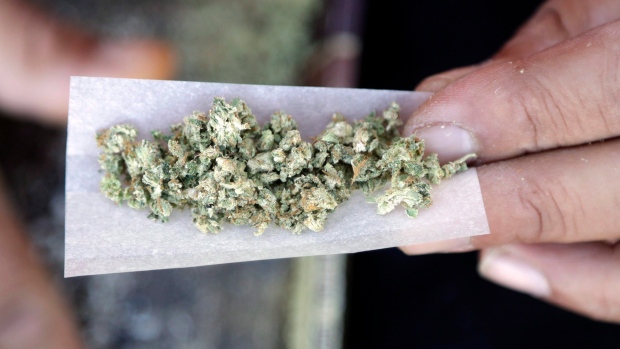 Michelle Gray says she's afraid to get behind the wheel again after having her licence suspended for failing a cannabis saliva test in Nova Scotia, even though she passed a police administered sobriety test the same night.

Gray has been using medical marijuana for almost eight years to treat multiple sclerosis and she plans to launch a constitutional challenge to the law and roadside test.

“They should not be on the streets and used for testing cannabis impairment,” said Gray, who lives in Sackville. “I think the government legalized cannabis way too fast. I don't think it was a well thought out plan.”

Six months after legalization, her case illustrates some of the challenges with enforcement facing both police and cannabis users, and highlights the questions that continue to surround the use of technology in roadside tests.

The Drager DrugTest 5000 remains the only technology approved by Ottawa to test a driver's saliva for concentration of THC, the psychoactive ingredient in cannabis.

Einat Velichover, who manages drug and alcohol detection in Canada for Drager, said the saliva test was never designed to test for impairment.

“Our device is there to really just identify whether there's a presence of THC. It's not meant to measure impairment and we never claimed that it does,” she said.

“So really it's just one tool of many that law enforcement utilize in order to assess impairment and road safety.”

Velichover said that while she appreciates the concerns that have arisen, law enforcement needs to balance cannabis users' rights with the importance of keeping roads safe.

Justice Department spokeswoman Angela Savard said the Canadian Society of Forensic Science tests and evaluates technology then recommends it to the attorney general for consideration.

If a driver fails the roadside test, the result can be used in developing “reasonable grounds” to believe that a drug-impaired driving offence has occurred and also give the officer grounds to investigate further, she said.

“It is important to note that investigating drug-impaired driving is not exclusively dependent on a drug screener,” she said in an email.

As of Oct. 1, there were more than 13,000 law enforcement officers trained in standardized field sobriety testing and 833 officers trained as drug recognition experts across Canada, she said. Further training is underway.

Savard said the department expects more technology to be recommended and approved in the future, but couldn't comment on ongoing evaluations.

Some police departments are declining to use the saliva test.

“For the most part, in British Columbia, police departments have not deployed it. Several departments have a Drager 5000 that we can use and test but we're all a little bit wary,” said Chief Const. Mike Serr of the Abbotsford Police Department.

Serr said many departments are waiting to get a better sense of the test's value and are concerned charges could be thrown out if it is challenged in court.

“We're concerned on how that potentially could play out,” said Serr, who is also the co-chair of the drug policy committee with the Canadian Association of Chiefs of Police.

“It doesn't give us the quantitative analysis so it really doesn't provide us much extra beyond what a drug recognition expert can provide us with. So at this point, the practical uses of the tool haven't really been proven to us.”

In the meantime, he said anecdotal reports from departments suggest the increased training seems to be resulting in a slight increase in drug-impaired driving charges since legalization. In Abbotsford, 30 per cent of frontline police officers are now trained in standardized field sobriety testing and all members of the traffic unit are drug recognition experts.

“That's something that wasn't done pre-legalization,” he said.

But as impaired driving continues to be a reality, others say they want to see saliva testing tools used more often.

Eric Dumschat, legal director for Mothers Against Drunk Driving Canada, said the organization is hoping more technology gets approved and rolled out.

“We had expected there would have been more devices approved by this point and hopefully in the longer run, the technology is able to be improved. In an ideal world, we would have the equivalent of the breathalyzer, but alcohol is a very simple molecule compared with THC,” he said.

He said while testing bodily fluids is important to indicate recent use, the increase in sobriety and drug recognition training is better for identifying impairment and has been making roads safer.

“In regards to enforcement, I think it's going about as well as it can be,” he said.

Michelle Gray is seen in this undated handout photo. Michelle Gray of Sackville, N.S., says she's afraid to get behind the wheel again after having her licence suspended for failing a cannabis saliva test even though she passed a police administered sobriety test the same night. Gray has been using medical marijuana for almost eight years to treat multiple sclerosis and said she plans to launch a constitutional challenge to the law and use of saliva tests. THE CANADIAN PRESS/HO, Michelle Gray *MANDATORY CREDIT*